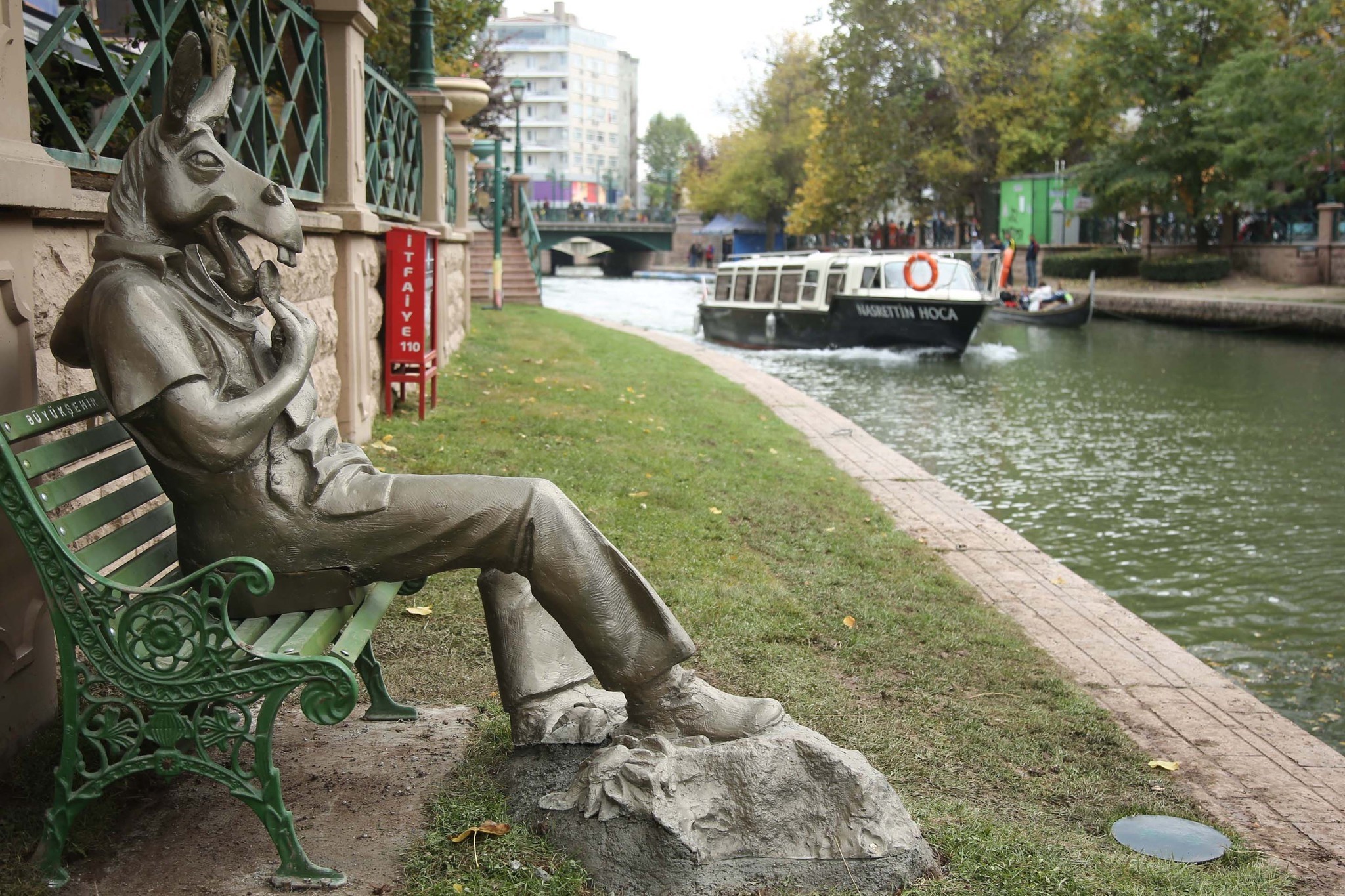 The Statue of a donkey eating roasted sunflower seeds by River Porsuk as a message against littering has divided the locals.
by Daily Sabah Oct 16, 2017 12:00 am

The mayor of Eskişehir in central Anatolia has finally snapped, delivering on his promise to erect a statue of a donkey eating sunflower seeds by River Porsuk to criticize those who litter the riverside with sunflower seed shells.

The Eskişehir Metropolitan Municipality said it placed the statue of the "donkey sitting on a bench eating roasted sunflower seeds" by River Porsuk to discourage people from littering.

Mayor Yılmaz Büyükerşen, speaking to Doğan News Agency (DHA), said their aim was to create public awareness against littering in public areas through the use of a caricaturized donkey. Locals said Büyükerşen had threatened to erect a donkey statue before. Many locals suspected 79-year-old Büyükerşen, who has been serving as the mayor since 1999 and is currently a member of the opposition Republican People's Party (CHP), got the statue built years ago and was storing it, eventually deciding to placing it in a public area after the littering continued.

The donkey statue placed in the Adalar neighborhood of the city became an instant social media sensation, with some criticizing the use of an animal to spread such a message. Most supported the mayor, arguing that those who sat by the river on benches just created litter of nut shells, cigarette butts and chewing gum.

The donkey is the second statue by the municipality. The first one was of a beggar fishing in a bucket to emphasize the importance of keeping the River Porsuk clean.

One local, Gizem Tayan, told İhlas news agency, that the use of the donkey was wrong but the message was correct. "No one should litter. It's not only sunflower seed shells but the tendency of many to pollute the environment we live in. I hope everyone will get the message."

Vildan Çakır is opposed to the use of a donkey in a statue, arguing that no animal polluted the environment. "I believe it should be the statue of a human being rather than a donkey. I don't think people will understand if it's not a human being. They'll just laugh it off. The statue insults animals, in my opinion."

İnci Çalışkan agreed and suggested a statue of a man and a woman instead. "We need to create a consciousness for environmental cleanliness. It's not a matter of education. Most people here are university students or graduates, but still they litter."