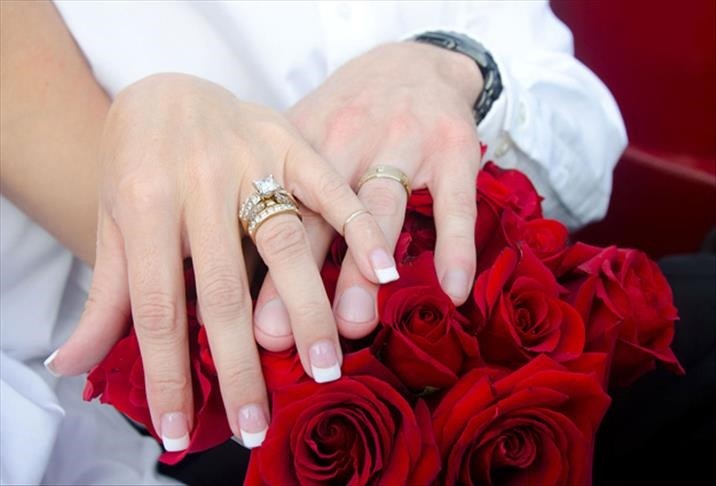 The draft was recently proposed by the government to reduce the number of unregistered marriages, which is occasionally practiced in rural areas of Turkey under religious ceremonies.

Many government officials have reiterated numerous times that the law will not pave way for child marriages, but will prevent them as the muftis will only have the authority to perform registered, official marriages. The government also defends the law on the grounds that it will facilitate marriage procedures.

Addressing Parliament before the vote, Naci Bostancı, acting parliamentary group chairman for the ruling Justice and Development Party (AK Party), said it was more of a civil matter than a religious issue. "What we are trying to do here is to reinforce the family structure, to keep that institution under legal protection. It has nothing to do with underage marriages," he said.

"This is the work of a secular state, and the people who will officiate the marriages are officials of the state, just like the civil servants who currently officiate marriages," Bostancı said while supporting the new bill.

Meanwhile, the main opposition Republican People's Party (CHP) Chairman Özgür Özel said Thursday that they will apply to the Constitutional Court for the law to be repealed.

According to the Turkish Civil Code that regulates marriage and family life, to get married couples must be at least 18-years-old, which can be reduced to 17 with parental consent and in special cases by a court decision. This is also in line with Western standards. Also, the law does not propose any amendment to the Civil Code, and hence the legal age of marriage will remain the same.

A majority of Muslims in Turkey already organize religious marriage ceremonies performed by an imam in addition to a civil marriage. A marriage ceremony performed by an imam does not have any legal binding. Most citizens, on the other hand, prefer only civil marriage. This option will still be available for people who choose to have their marriage registered by a mayor or another official.