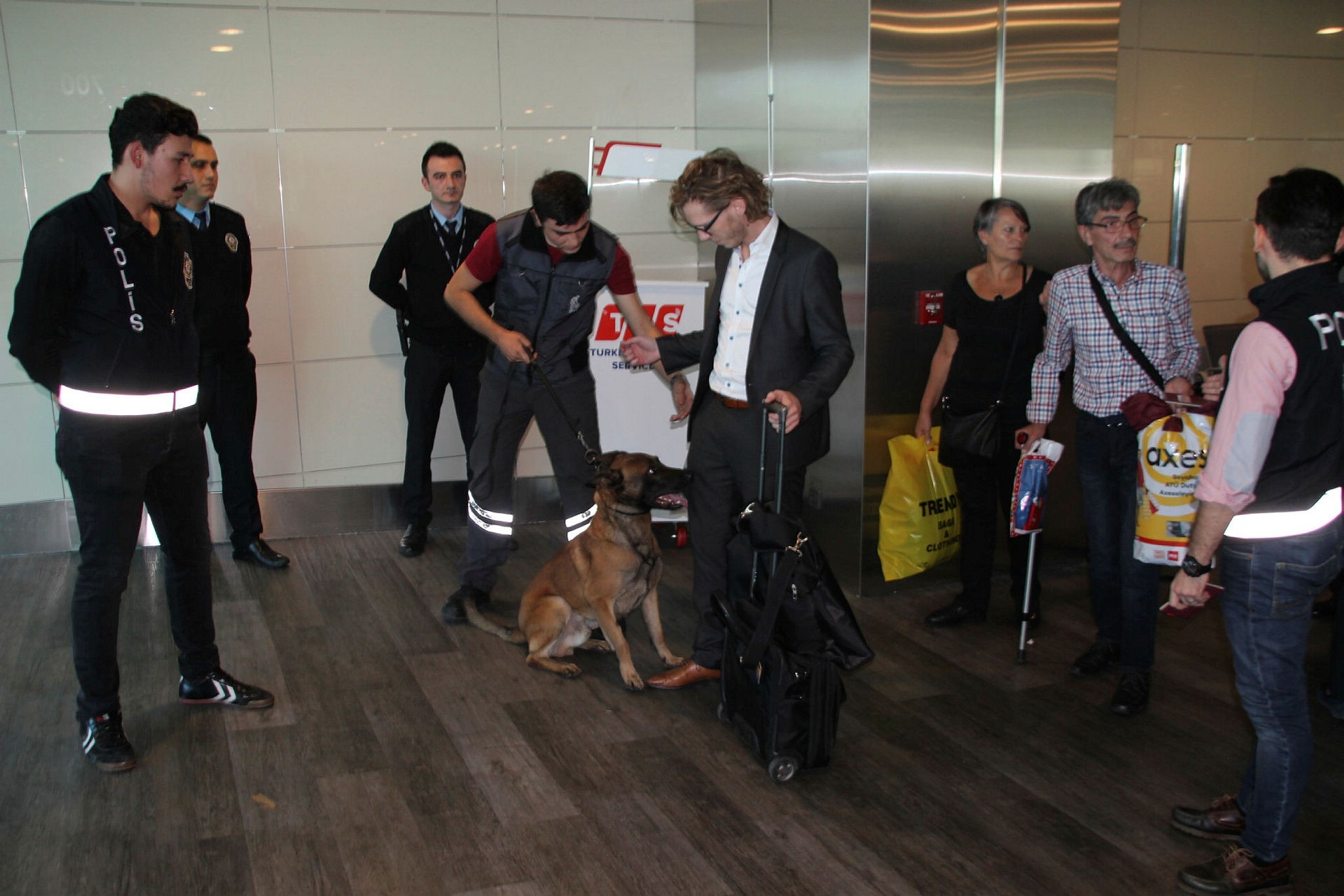 Passengers en route to Vienna were searched by police dogs at Istanbul Atatürk Airport on Friday, as a retaliation for harassment of Turkish passengers in Austria's Schwechat Airport.

Vienna-bound passengers searched by police dogs in Istanbul as retaliation to harassment at Austrian airporthttps://t.co/GKaSASIAh1 pic.twitter.com/itnhxwLwoh

The Foreign Ministry also responded to the harassment of Turkish Airlines (THY) passengers who were body-searched by police dogs at the airport.


In a written statement, the ministry said: "Turkish embassy in Vienna drew attention to the inconvenient control of people in the footages and demanded the Austrian authorities, particularly customs officers, to be warned."

The statement added that Austrian authorities promised to act responsibly toward the incident.

The Turkish embassy in Vienna issued a statement on its official Facebook account regarding the incident Wednesday.

It said the Turkish Consulate General in Vienna conducted an immediate investigation at Vienna's Schwechat Airport on Tuesday, after watching footage of the incident that happened Oct. 13, on social media.

The statement also said that this kind of investigation was made occasionally and includes all airlines.