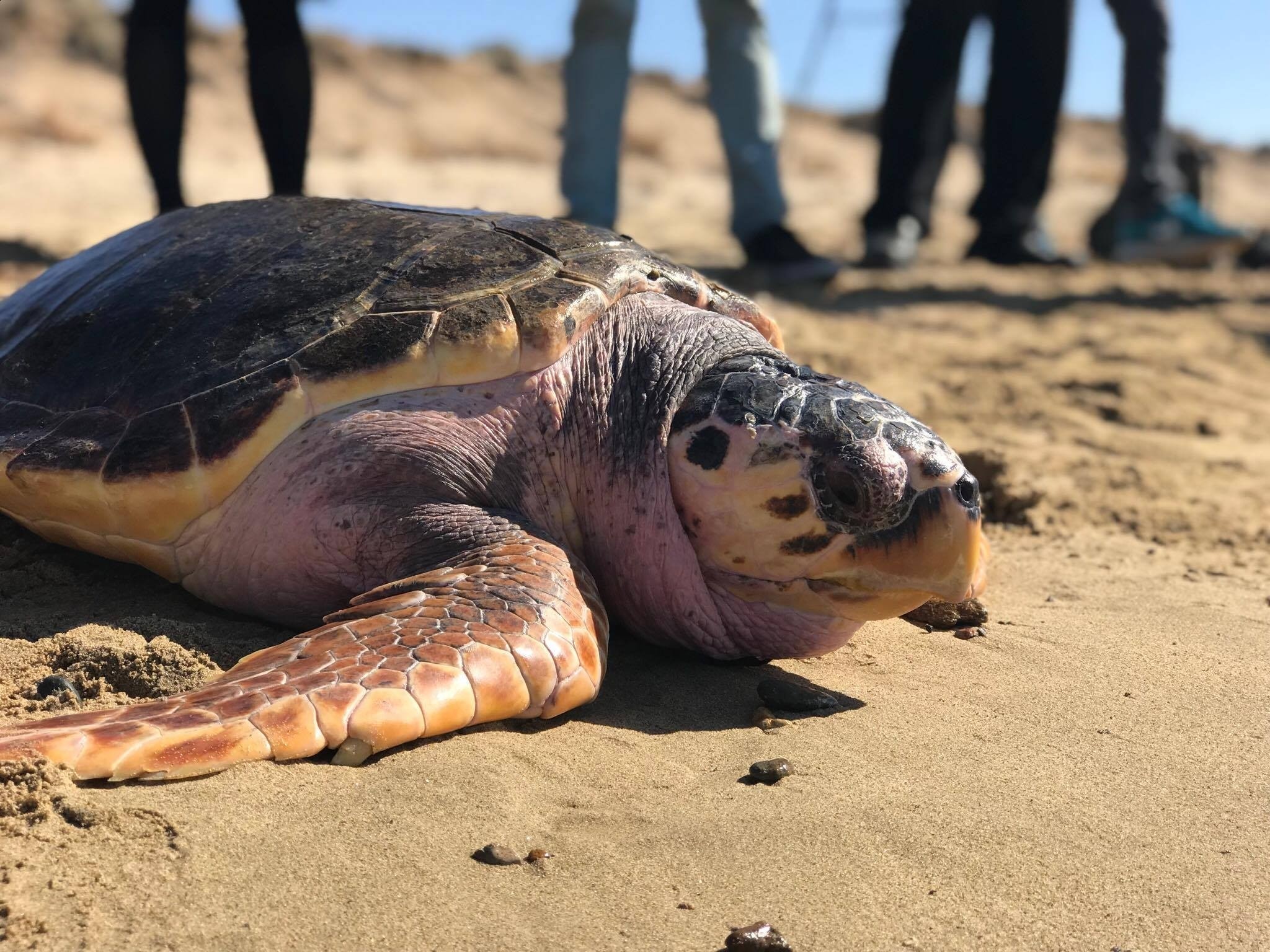 Three years after he was found seriously injured, Dilek, the loggerhead sea turtle is back in the sea after undergoing treatment. Veterinarians speaking to reporters as they released him to the sea said it was a miracle that Dilek survived after a deep wound was discovered on his head.

Named Dilek after the young girl who found him in Çanakkale, an Aegean Turkish city, the turtle was brought to a research center for sea turtles in the city. He was then taken to a clinic in Istanbul for further treatment. Following the first examination, segmental fractures were discovered on the turtle's head. In order to heal the wounds caused by broken bones, it was given antibiotics and a serum containing sugar to prevent pain while eating.

Experts say boat propellers pose risks for sea turtles en route to shore to lay their eggs. It is likely that Dilek sustained the injuries from a propeller.

Professor Şükran Yalçın Özdilek, head of the research center in Çanakkale, told reporters that Dilek was in very poor condition when first found, and they did not think he would make it through. "He was only 20 kilograms [44 pounds] when he was first found and, during treatment, he gained 40 kilograms. He is doing very well," she said.