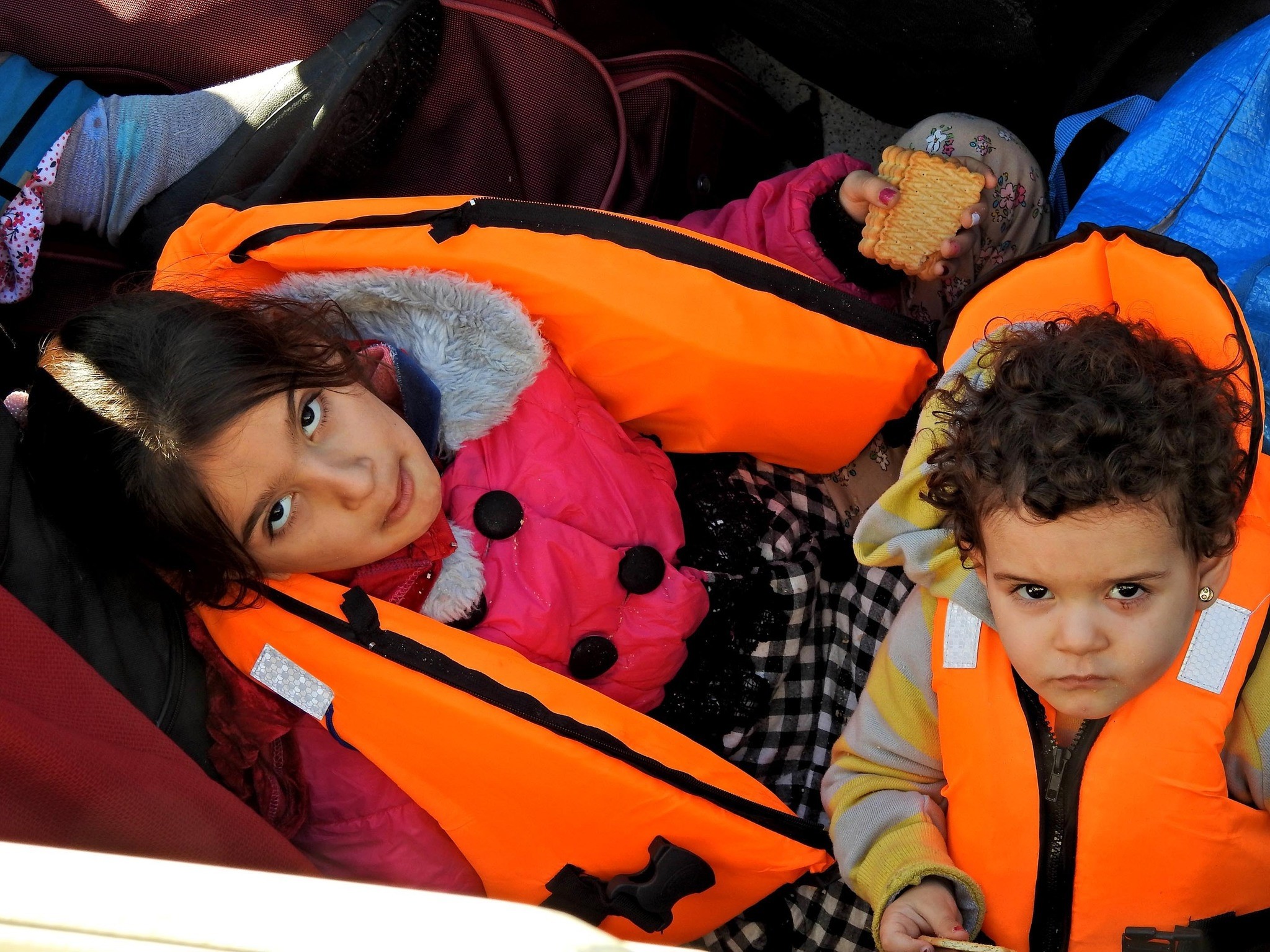 Two migrant children wait at the u00c7eu015fme port after they were brought there by the Coast Guard.
by Compiled from Wire Services Oct 23, 2017 12:00 am

The Turkish Coast Guard stopped 98 illegal immigrants from various countries as they were heading by boat to a nearby Greek island from the Turkish coast early Sunday.

Migrants from Syria, Iraq, Eritrea and Angola were brought to the port of Çeşme, a town in the province of İzmir located some eight miles east of the Greek island of Chios.

The intercepted migrants told the Coast Guard that they paid $500 each to human smugglers for the secret journey to Greece and were trying to reach their relatives already settled in European countries.

Turkey pursues a comprehensive fight against irregular migration, which has been a growing concern due to the rising number of migrants.

In the past seven years, the country has intercepted 644,171 irregular migrants, according to the latest statistics. The country is both a transit and final destination for migrants, particularly from Syria, Afghanistan, Pakistan, Iran, Iraq, Congo, Bangladesh, Somalia and Palestinian territories.

İzmir is among the provinces with most intercepted migrants this year. The country's third largest city, it lies on the Aegean shore where Greece is littoral. Migrants, especially those from war-torn Syria, arrive in the city to take the shortcut to the Greek islands on the Aegean Sea a few miles off the Turkish coast.

Turkey and the European Union signed a deal in 2016 to curb the influx of immigrants. The deal brought tighter patrolling of the Aegean Sea against illegal immigration and regulated the resettlement of Syrian refugees from Turkey into Europe.