When the cat's away: Park in Mersin offers good time for felines 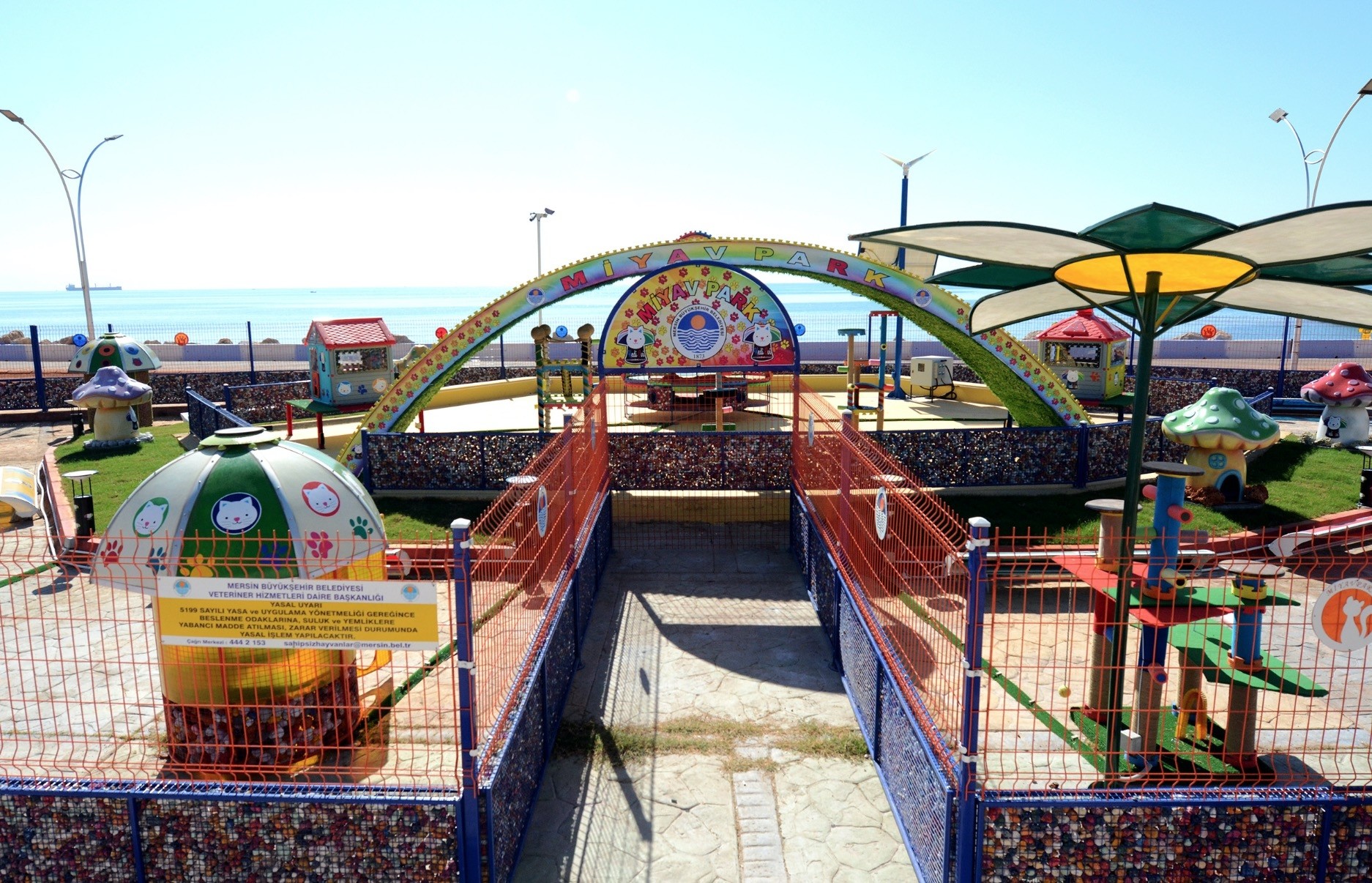 Miyav (Meow) Park provides a pastime venue for cats with its colorful playground and is isolated from any other four-legged intruders, namely, dogs.
by Daily Sabah with Wires Oct 23, 2017 12:00 am

In the city of Mersin, on Turkey's Mediterranean coast, "Meow Park" has opened as the first park in the country made exclusively for cats. Complete with a playground designed for kittens and barriers that protect cats from canines, the venue also provides accommodations for animals.

Built on an empty lot that was formerly home to an ancient theater and situated along the seashore, Meow Park is fitted with everything a cat could ever need, including small houses where they can sleep comfortably, food and water bowls, lighting through solar panels for a night in the park and a large grass patch. Local authorities also installed security cameras around the park to prevent any attacks by dogs and any other threats. Metal fences were put up around the park to prevent human or animal entry and small entrances are designed on all corners of the park exclusively for cats.

Cameras also allow the Mersin Municipality to monitor any cats suffering from illnesses or injuries. A security guard will also be working at the park and a veterinary team will also take the cats for daily routine medical examination. Sick cats and those that need to be neutered will be taken to animal clinics around the city.

The park also aims to provide more interaction between cats and human, especially the children, albeit through barriers. "This is a beautiful project. Stray cats will never go hungry and they are given proper care here. It is especially good for providing shelter for them ahead of winter," Serap Ömür, an animal lover who visits the park said, adding that she hopes to see more parks established for animals in the city of about 1.7 million people.

Ebru Laledemir, another visitor, says she hopes other municipalities will "copy" the project. "The park has everything, but most importantly, they installed cameras so that people cannot harm the animals," she noted. Animal rights activists are concerned about the prevalence of attacks on cats and dogs and had called for authorities to impose prison sentences instead of fines against those who kill stray cats and dogs.

Meow Park is the first exclusive park grounds established for cats. Municipalities across Turkey are building an increasing number of places exclusively for animals or animal lovers. In Bursa, a dog park was opened a few years ago with special playgrounds for animals.