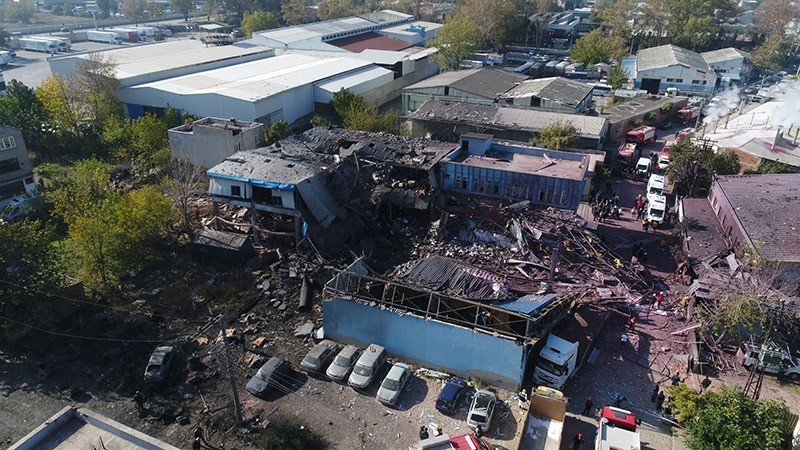 The owner of a dye and yarn factory in northwestern Turkey's Bursa province and the responsible occupational safety specialist have been detained as part of an ongoing probe into Wednesday's steam boiler explosion that killed five workers and injured 16 others.

Factory owner Şükrü Demir, whose son Yavuz Demir was among the five victims, attended his funeral accompanied by police officers before being referred to the court.

The two suspects were arrested by court decision later on Wednesday.

Media outlets reported Wednesday that four workers died at the scene, whereas one other succumbed to his wounds at the hospital after the factory partly collapsed due to the steam boiler explosion.

The explosion rocked Bursa's Gürsu Industrial Site, causing damage in at least two factories while thrashing nearby vehicles. The incident also caused panic among workers and customers in nearby factories.

Uludağ Organized Industrial Site Chairman Yunus Aydın said Wednesday that the factory, established in 1990, was one of the oldest in the site and one of the three firms in the area that has not adopted technological advancements to their facility. "A boiler won't explode if the gas pressure does not reach three times higher than the normal rate. This could have been foreseeable," he told reporters.