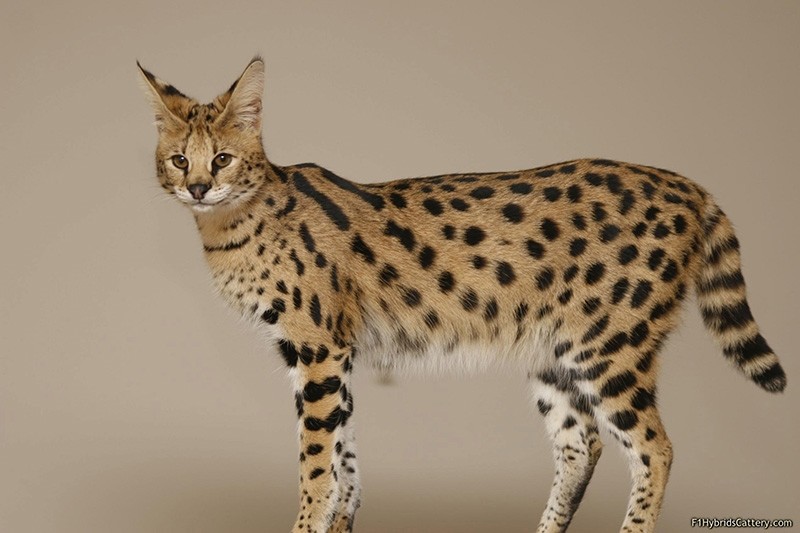 The caging of a wild cat in a mall in the Turkish capital Ankara has provoked an outcry, with social media users and animal rights groups calling on the Nata Vega Outlet mall to ensure the safe release of the animal.

The Serval Cat, whose natural habitat is Africa, is being kept in a small space on the ground floor of Nata Vega Outlet, prompting many people to sign a petition with the title "Animals shouldn't be exhibited in glass prisons."

"These animals are being kept in small spaces without fresh air or sunshine. Even the rocks in the cage are fake. The necessary foundations and associations must end this now," the petition read, calling on the mall's visitors to avoid the animal section.

Various other animals are also on display in the mall, with a number of wild and potentially dangerous specimens - such as a Gila monster, a Mojave rattlesnake, a Goliath frog and a reticulated python - exhibited in a section called "Adrenaline World."

Cem Seymen, a journalist from private broadcaster CNNTürk, decried the exhibits via Twitter, saying "such a scene doesn't fit humanity."

"This is a Serval Cat and its homeland is Africa. It's on display behind glass bars in a mall in Ankara. What kind of cruelty is this? What kind of crime against conscience is this? This scene doesn't fit humanity," Seymen wrote.

"@NataVegaOutlet end this please," he added, urging the mall to free the animals.