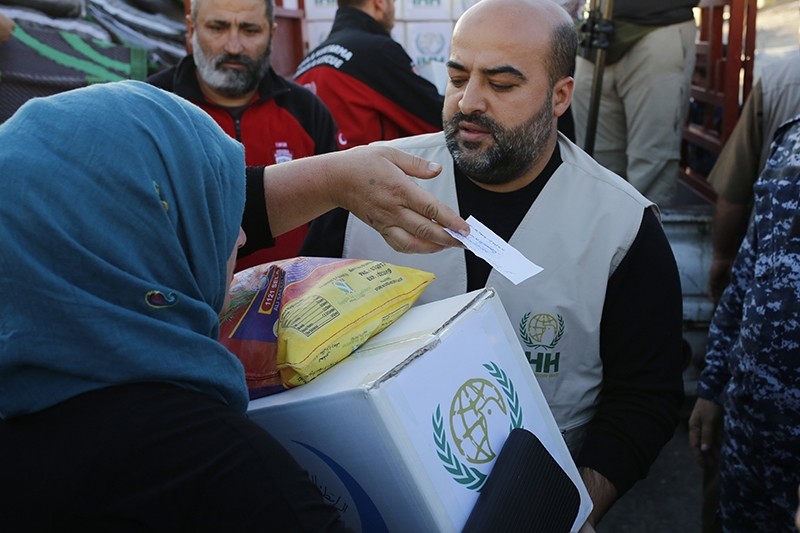 A Turkey-based aid group has helped 60,000 people affected by an earthquake on the Iran-Iraq border, it said Tuesday.

According to a statement, Humanitarian Relief Foundation (IHH) distributed 150 tents, 1,700 blankets and 950 food supplies among 10,000 people in Iraq following the Nov.12 earthquake.

Kaya added that mobile kitchen in Iran will also remain active for a month and the foundation will continue to deliver aid, depending on donations.

The 7.3-magnitude quake's epicenter was located around 32 kilometers (20 miles) southwest of the city of Halabja near the Iranian border and 103 kilometers (64 miles) southeast of Iraq's northern province of Sulaymaniyah.

Iran's state news agency IRNA reported that the death toll from the quake was at least 432 with more than 9,000 injured.

Iranian officials also announced that 536 villages were destroyed, 12,000 houses had collapsed and at least 70,000 people were homeless.