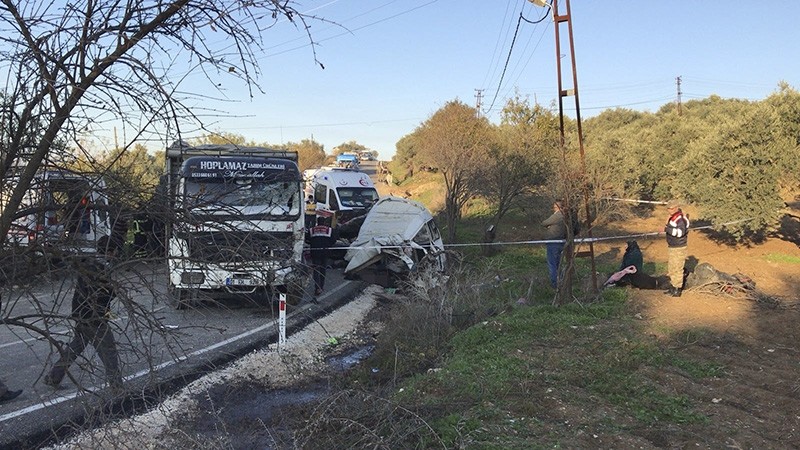 At least 10 people died and eight others were heavily injured Sunday as a minibus carrying illegal migrants in Turkey's southern province of Hatay collided with a truck while trying to escape from gendarmerie roadblock.

Initial reports stated that the minibus was carrying a group of migrants that illegally entered into Turkey from Syria.

When the minibus came across with a regular gendarmerie roadblock in Altınözü district, the driver did not follow orders to stop and tried to escape.

Shortly after, the minibus collided with a truck coming from opposite direction, turning into a heap of junk after as it went under the truck and dragged for meters.

Ten migrants immediately died in the scene, whereas eight others, including the driver, were badly injured and rushed to nearby hospitals.

A large scale investigation was launched into the incident.