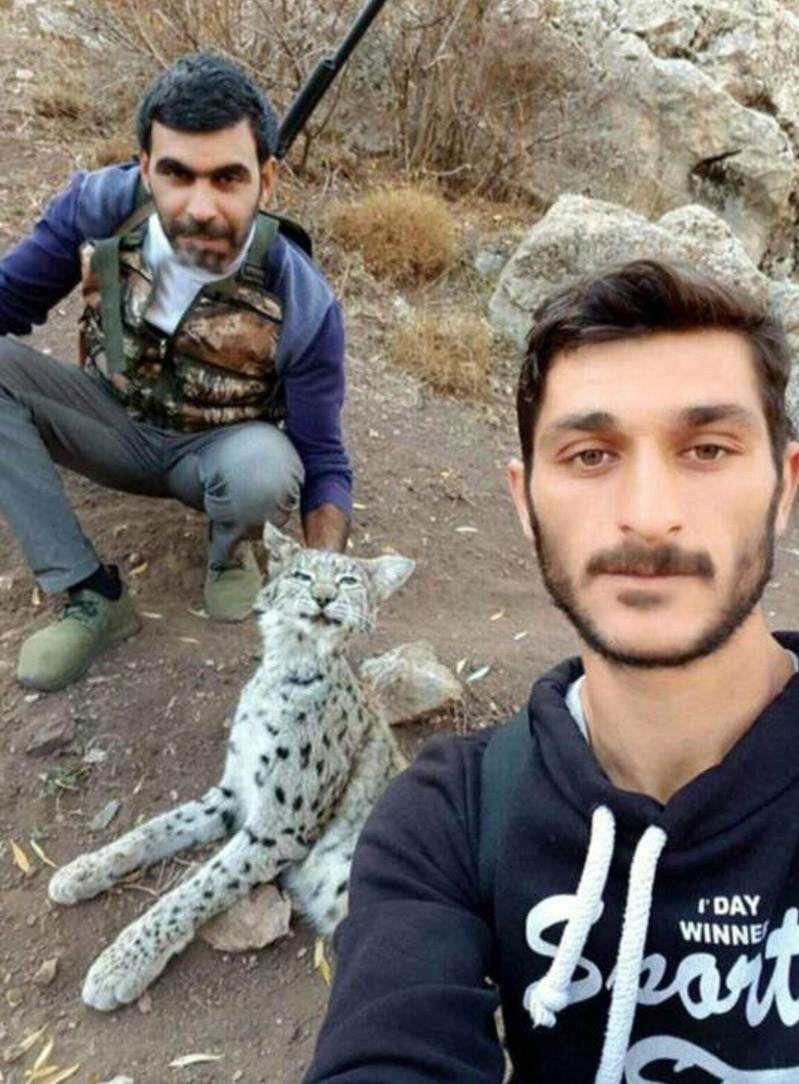 Two young hunters in Turkey's eastern Erzurum province have been fined 8,818 Turkish lira ($2,279) after sharing a selfie with a poached lynx on social media.

The poachers reportedly shot the Caucasian lynx—a vulnerable native species—with a rifle during a hunting outing in Karayazı province.

After seeing the photograph, the National Parks Erzurum branch office opened an investigation, concluding with fines for each of the two illegal hunters.

The Caucasian lynx, native to eastern Turkey, is a subspecies of the Eurasian lynx and is considered by some to be endangered. Populations in the region continue to shrink due to human activity, habitat loss and prey depletion.