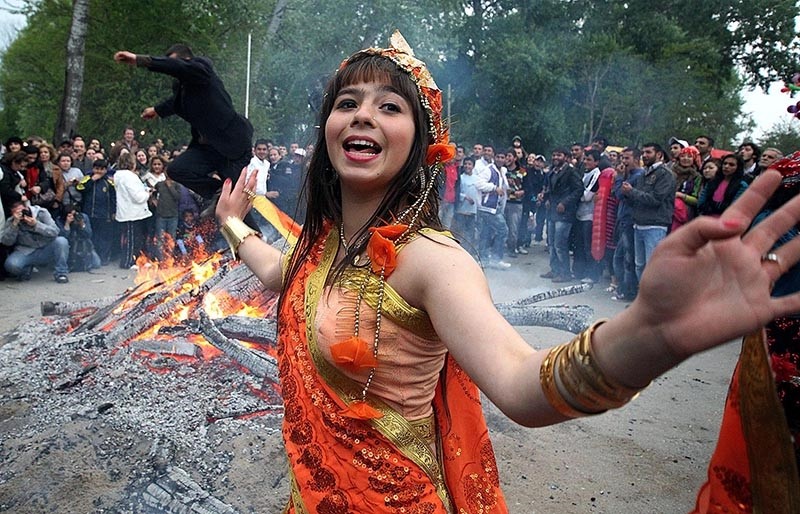 The Turkish spring festival of Hıdırellez has been added to the UNESCO list of "intangible cultural heritage," the Culture Ministry said Thursday.

In a statement, the ministry said that the celebration had been added at a meeting of the U.N.'s Educational, Scientific and Cultural Organization in South Korea.

Turkish communities around the world celebrate Hıdırellez on May 6 while Christians in the Balkans mark it as St. George's day on April 23.

The roots of the celebration pre-date Islam or Christianity.

According to the Culture Ministry website, some theories say Hıdırellez stems from Mesopotamian and Anatolian cultures with others claim it came from the Turkic peoples of central Asia.

Across the eastern Mediterranean and the Middle East, different traditions and rituals have developed, many focused on bringing good luck with the arrival of spring.

While differing greatly from country to country, the event is often marked by the cleaning of homes and clothes, feasting or ceremonies held near open water or shrines.

Among the Roma community in Turkey's northwestern Çanakkale province, dancers in colorful clothing jump over bonfires to seek good health.

UNESCO has listed at least 14 cultural practices found in Turkey, according to the ministry. These include the dance of the Mevlana whirling dervishes, Karagöz shadow plays, oil wrestling at Kırkpınar and Turkish coffee.

On Wednesday, UNESCO listed the "whistle language" of northern Turkey's Black Sea region as being in need of urgent safeguarding.