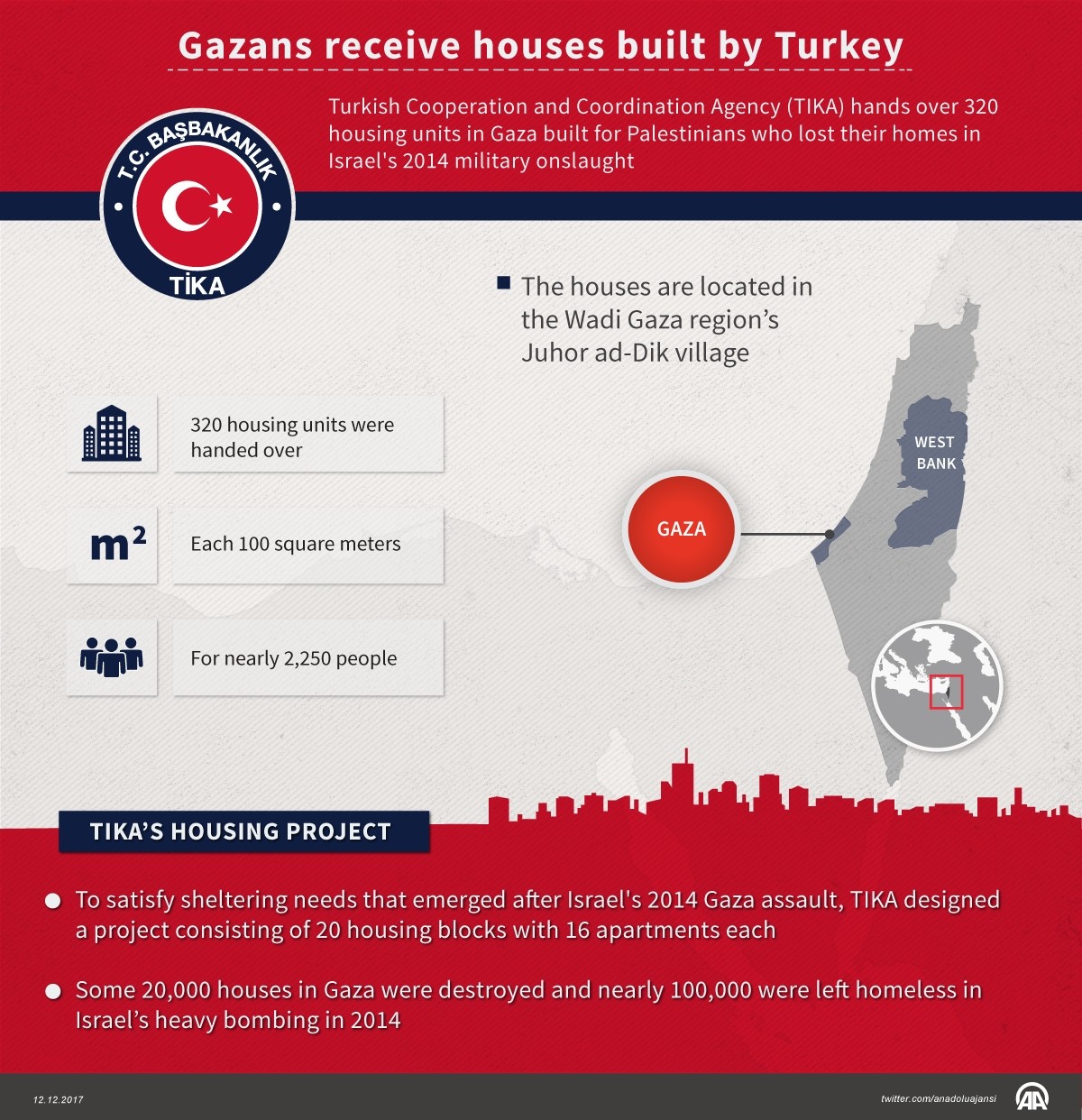 The Turkish Cooperation and Coordination Agency (TİKA) has handed over 320 housing units it recently built in the Gaza Strip to Palestine's Housing Ministry.

A delivery ceremony held at the ministry's headquarters in the West Bank city of Ramallah yesterday was attended by Palestinian Housing Minister Mufid al-Hasayneh and TİKA's representative in Palestine, Bülent Korkmaz.

Al-Hasayneh told Anadolu Agency that the units had been especially built for people with special needs who had lost their homes in Israel's 2014 military onslaught against the Gaza Strip. 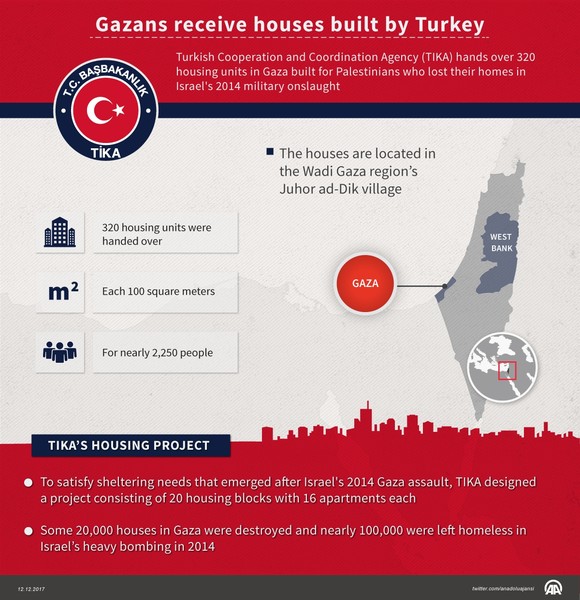 In mid-2014, Israel launched a devastating assault on the Gaza Strip that left at least 2,400 Palestinians dead and thousands of residential homes destroyed.

The minister added that the housing units would be given to 320 Palestinian families in Gaza next week.

He went on to extend special thanks to the Turkish government and people for their continued support for the Palestinian people.

Korkmaz, for his part, said the Turkish government would "spare no effort" in supporting the Palestinian people and their cause.

In the upcoming phase, he said, TİKA would also undertake the restoration of 110 Palestinian homes in occupied east Jerusalem.