Beşiktaş pays tribute to victims of double bombings one year on 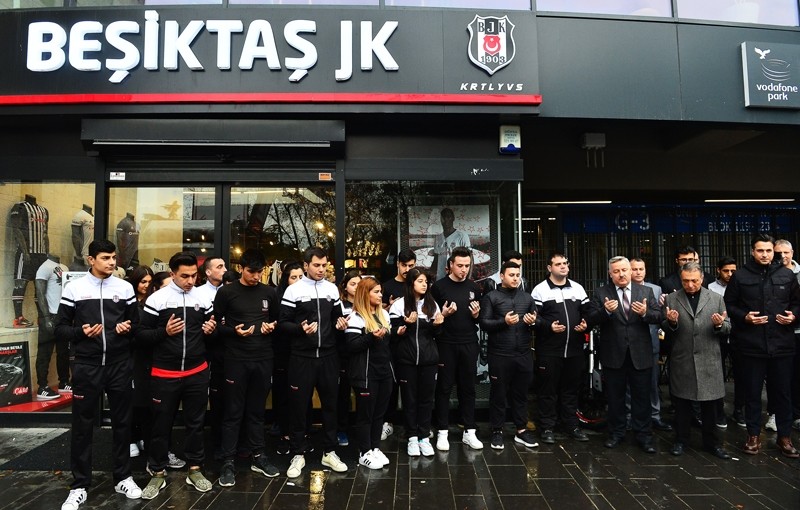 Turkish football giants Beşiktaş paid tribute Sunday to 46 people killed in twin bombings near the team's stadium, starting a day of commemorations to mark the first anniversary of the attacks.

"The pain is as raw as the first day," the club said in a statement.

On Dec. 10 last year, 39 police officers and seven members of the public were killed when two car bombs exploded within seconds of each other in the heart of Istanbul.

The blasts also injured 166 people and were claimed by the Kurdistan Freedom Falcons (TAK), which is seen as a radical offshoot of the outlawed Kurdistan Workers' Party (PKK).

Most of the victims died when one bomb exploded near a group of police officers who had been deployed near the stadium, where Beşiktaş had just played fellow Turkish club Bursaspor.

Less than a minute later a suicide bomber blew himself up near a group of police on the other side of the stadium.

"We renew our condolences to the relatives of our fellow citizens martyred by the attack near Vodafone Park," the club added.

The first anniversary is to be marked by several ceremonies, including a religious service, and a rally in front of the stadium later Sunday.