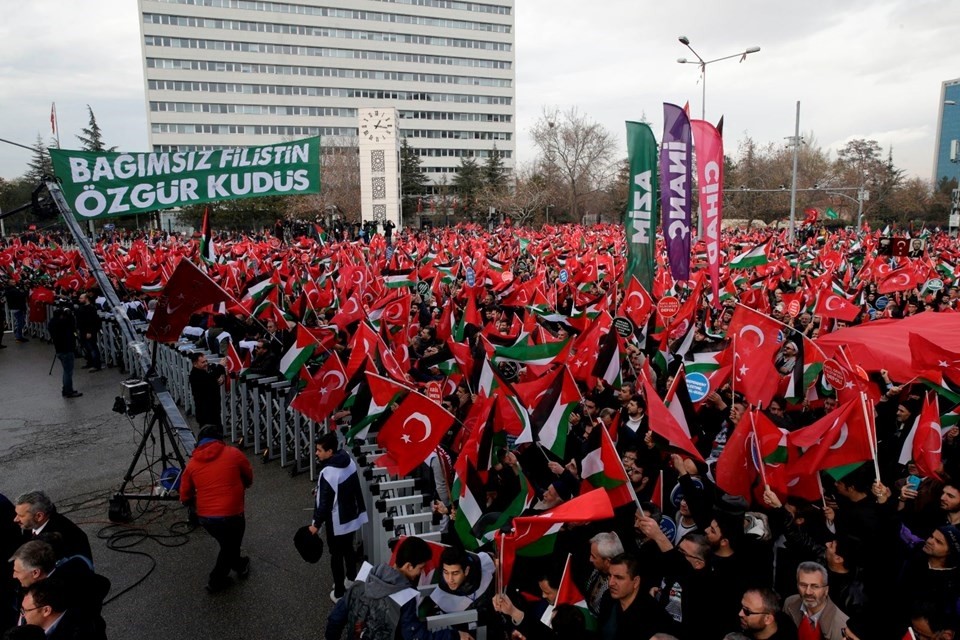 The protests against U.S. President Donald Trump's recognition of Jerusalem as the Israeli capital continued across Turkey as thousands gathered for rallies organized by Turkish NGOs.

The pro-Jerusalem rallies were organized by the Memur-Sen and Hak-Iş trade unions, Turkey's IHH Humanitarian Relief Foundation, the Anatolian Youth Association, and the Cihannüma and ÖNDER foundations in Ankara, Kocaeli, Diyarbakır, Hatay and several other cities.

"We will not be silenced until Jerusalem is liberated from Zionist occupation," Memur-Sen Chairman Ali Yalçın said, during his opening speech of the protest at Ankara's Anadolu Square.

"Whatever Masjid al-Haram and Masjid Nabawi mean to us, Masjid al-Aqsa is the same," said Hak-Iş Chairman Mahmut Arslan.

The uncle of Fawzi al-Juneidi, a Palestinian boy detained by the Israeli authorities last week, also attended the rally on an invitation by the organizers.

Juneidi, 16, has become a symbol of ongoing Palestinian protests against Trump's decision on Dec. 6.

The rally started with the national anthem, followed by a performance and recitation of the Quran.