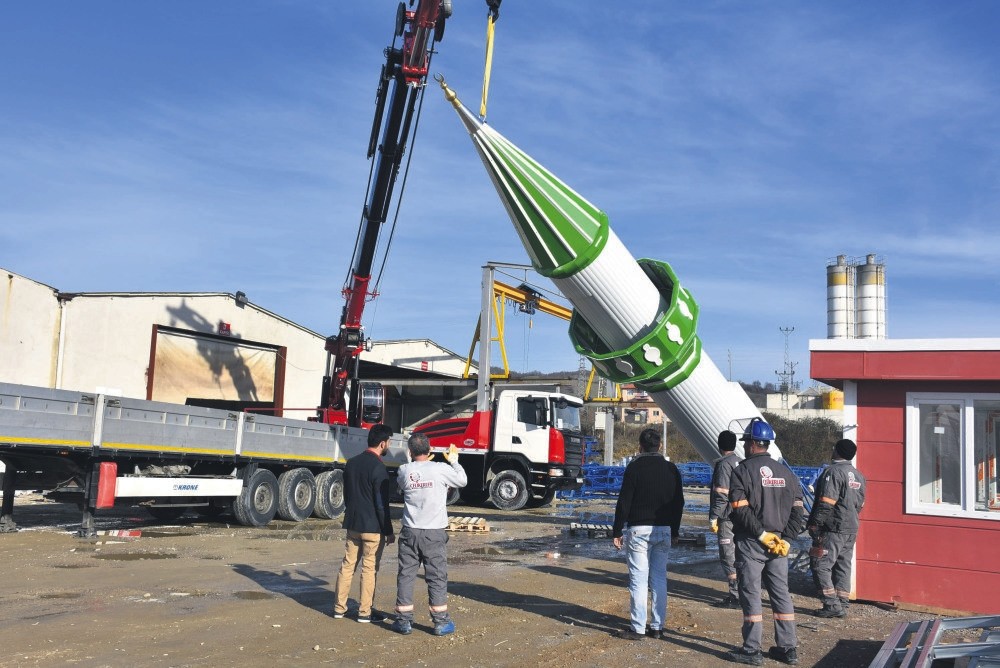 Hailing from a family of blacksmiths that established a foundry in the 19th century, Ramazan Çeliker used a small workshop he inherited from his family in 1996 to create a unique business. Two decades later, he expanded the business into a factory and tapped into an interesting sector of Turkish exports.

Based in Bartın, a small city on the Black Sea coast, Çeliker's factory now exports steel minarets worldwide. From Africa to Europe and even in Turkey, mosques are being adorned with the minarets his company manufactures.

The minarets, an inseparable part of Muslim places of worship, are Ottoman and Seljuk in style and particularly preferred for small mosques. In the factory sprawled on 25,000 square meters, workers diligently put the final touches on the tower-like structures while in another corner, steel doors and truck beds are built. 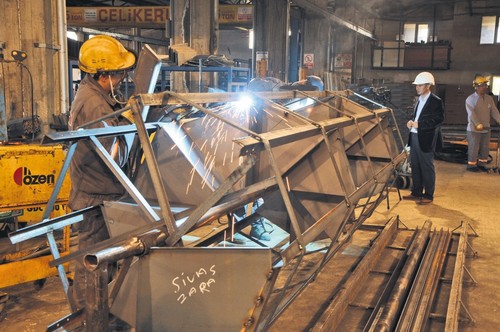 The factory churns out some 750 minarets yearly.

Speaking to Anadolu Agency (AA), Çeliker said the steel minarets are popular because they can endure disasters, like earthquakes.

"The demand was high here after the 1999 earthquake, and we started exporting minarets in 2008," he said.

He listed Germany, Qatar and South Africa as countries they export to. Though construction of new minarets was banned in Switzerland in 2009, Çeliker's company made it in time to export a minaret for a Turkish-style mosque in the European country.

The company is getting ready to deliver a 10-meter minaret weighing 2 tons to a mosque in Sudan. The longest minaret built by the factory was 40 meters long and is now at a mosque in Sakarya, a Turkish province west of Bartın.

He said they have built minarets for mosques in Turkey's 79 provinces and offer a "65-year guarantee" for their products.

It takes about one month to build and install minarets, but sometimes less. The factory builds roughly 750 minarets per year but hopes to increase its production capacity.

"They are more durable than concrete minarets. We coat them with fiberglass and aluminum, making them more flexible. You can't repair a damaged concrete minaret, but you can easily fix these," he said.

Çeliker added that they also offer different designs to customers and customize minarets for clients. In addition to the minarets, the company also manufactures small mosques made of steel.

In Muslim-majority Turkey, home to prime examples of Ottoman-era mosques renowned worldwide as architectural masterpieces, steel minaret production has flourished in recent years thanks to a high demand.

Instead of the costly construction of traditional mosques, small communities have started to prefer prefabricated places of worship and steel minarets.