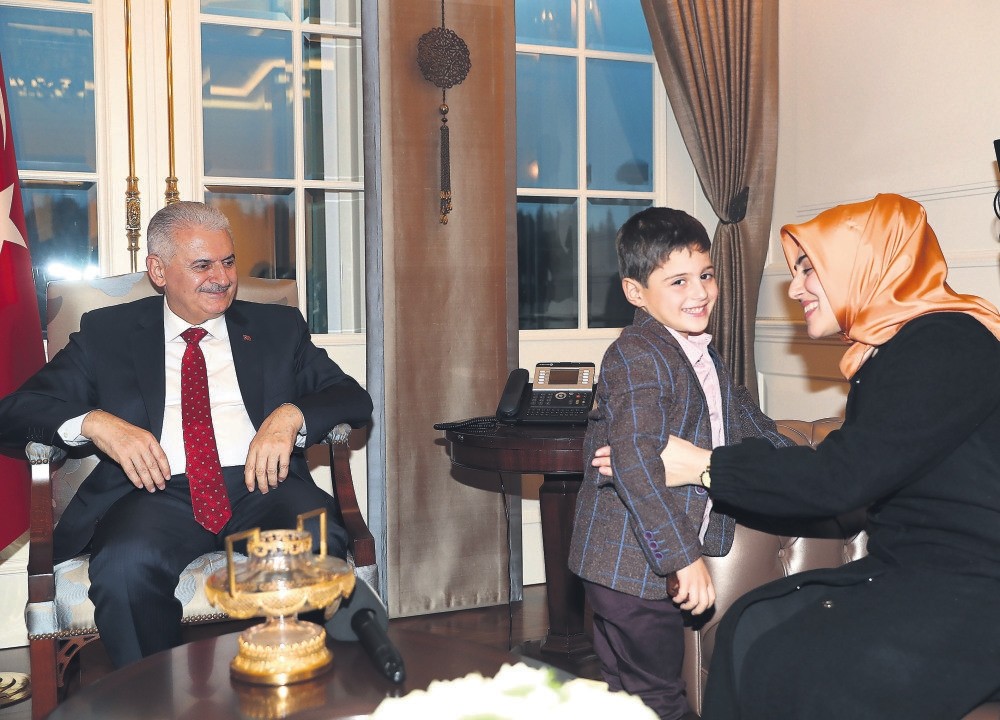 A moving reunion story that made headlines on Friday shed light on families divided by the Daesh terrorist group. Alparslan, a seven-year-old boy brought to Iraq three years ago by his father, a Turkish member of the terrorist group, returned home thanks to the Turkish government's efforts.

The boy's father, who remains unnamed, hails from the northern city of Düzce. He had taken his son to Iraq and the child's mother, Mehtap Nur Kazancı, had not heard from them since. The desperate woman appealed to authorities to locate the boy and wrote a letter to ruling Justice and Development (AK) Party Düzce lawmaker Ayşe Keşir.

Keşir contacted Prime Minister Binali Yıldırım, who in turn ordered security forces and intelligence service to find the boy. Yıldırım also discussed the case with Iraqi Prime Minister Haidar al-Abadi, who recently visited Ankara. The boy was finally found living in a camp where people who fled Daesh-run cities in Iraq took shelter. It was also discovered that his father was killed and the boy had lived with his father's second wife, also a Daesh militant who later died in another attack. The boy was also renamed Yusuf by his father.

Iraqi authorities placed him in an orphanage in Baghdad and he was later transferred to Turkey in the company of Turkish Red Crescent staff.

Emotions ran high for Kazancı as she greeted her son at Ankara's Esenboğa Airport, but it is not the same for the young boy who did not recognize the mother he had not seen for three years. The mother and son later visited Yıldırım in his office and thanked him for his efforts to save Alparslan.

"Alparslan is not the only child abducted by Daesh militants, but he became a symbol for them. We will work to reunite children in the hands of Daesh with their families," Yıldırım said at the meeting, noting that "a few other children" were also recovered from the terrorist group in the past months.

Speaking to Anadolu Agency (AA) at her home in Düzce, Kazancı said it was "hard to describe" what she felt when she reunited with her son. "I was really hopeless. I didn't expect to see him again. It all changed when I met Mrs. Keşir. I believed she would really help me and she did. Things happened really fast after I contacted her," she said. Kazancı said her son was happy, too, although he was scared at first. "He was away, but the people who helped with his transfer talked about me to him and he gets used to me now. He calls me ‘mother' again," she said.

The exact number of Daesh militants of Turkish origin who are currently in Iraq and Syria, is not known, although unconfirmed reports puts the figure at 1,500. The group heavily relies on foreign fighters, but efforts by Turkey and European countries made it difficult for people to join their campaign of terror, especially in the past two years. Daesh also lost considerable ground both in Iraq and Syria thanks to constant operations by Turkey-backed rebels in Syria and Iraqi security forces in Iraq. The group, which defines its rule as as caliphate, encourages sympathizers to join them with their families. Several Turkish couples made the headlines over the past few years for sneaking into Syria to join the group despite pleas for their parents and relatives for them to return.