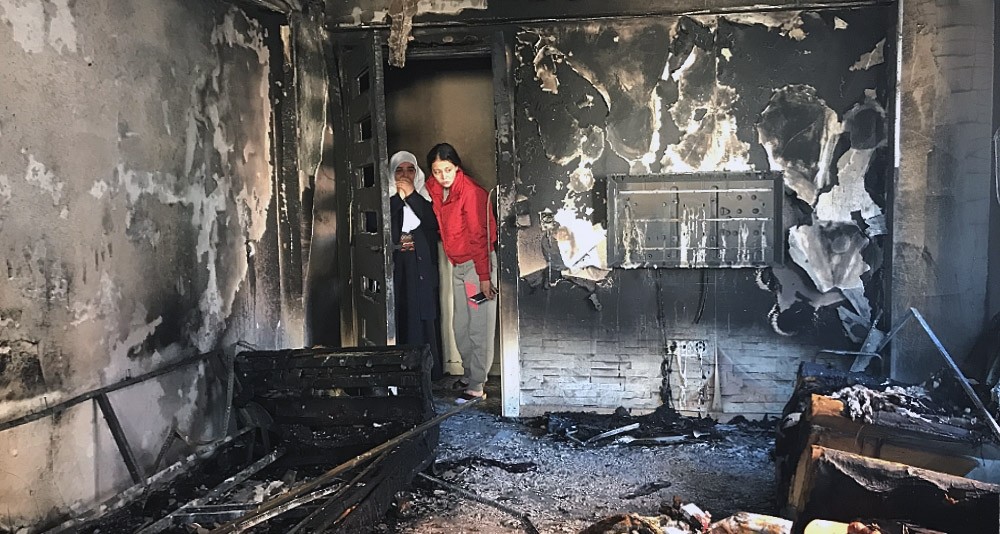 Three people were rescued after an e-cigarette being charged overnight exploded like a bomb, almost destroying the home of a family in Turkey's southwestern Denizli province.

The incident reportedly took place late Sunday on the third floor of an apartment building in Merkezefendi district.

Fire broke out following the explosion and the owner of the home Sebahattin Subak (43) and his family took refuge in the balcony in horror, as they screamed for help.

Firefighters immediately arrived at the scene of the incident and rescued the family, and extinguished the fire in about an hour.

While no injuries have been reported, significant material damage has taken place, as most of the furniture has been destroyed.

Police have launched an investigation into the incident.

E-cigarettes are seen as an alternative to cigarettes, with many smokers hoping to eventually quit the harmful habit.

Experts warn that e-cigarettes, which contain carcinogenic substances and cause serious health problems, are not as innocent as they look, in fact, they can be poisonous.