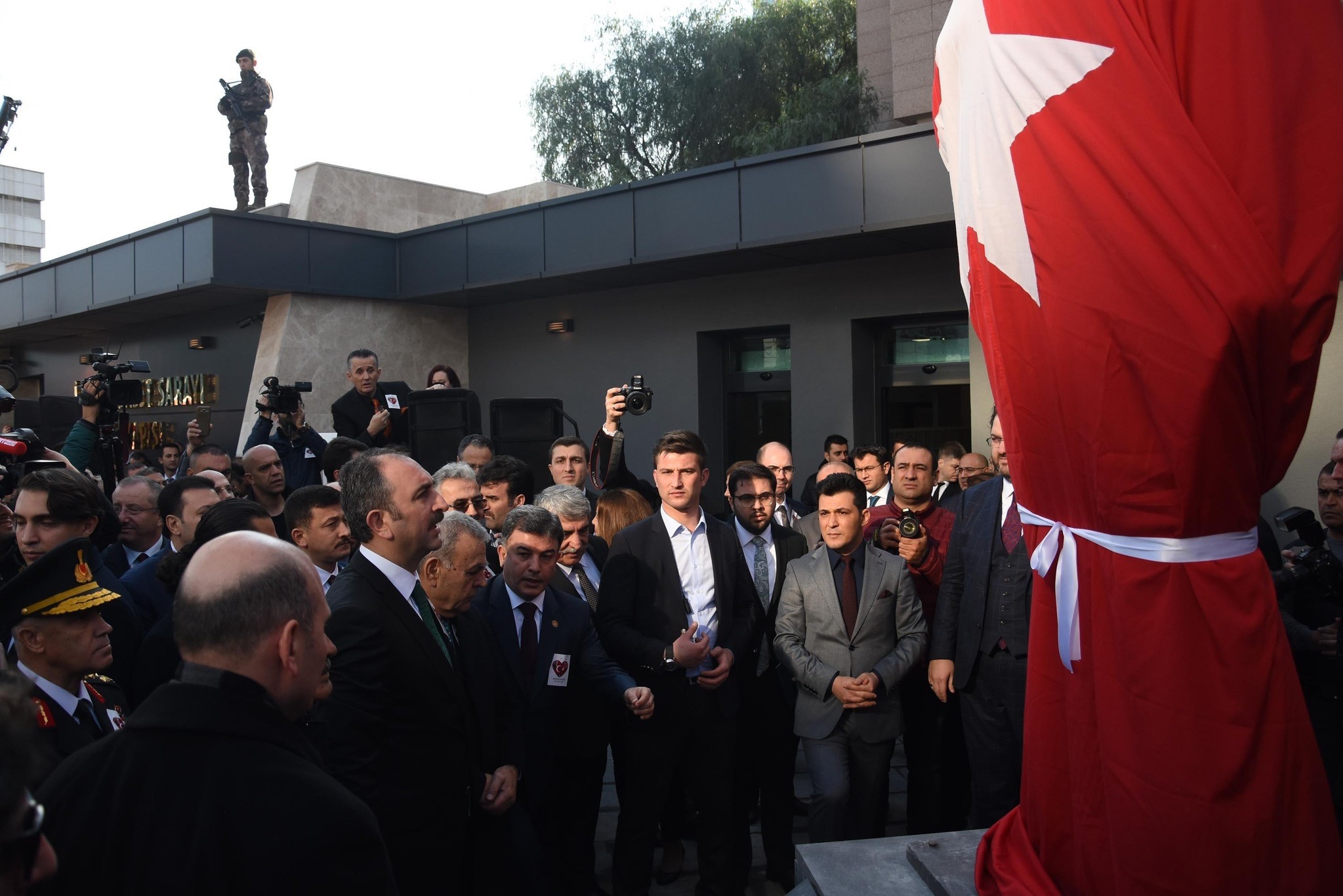 Turkey on Friday commemorated the first anniversary of police officer Fethi Sekin, who was killed while intercepting a vehicle carrying explosives and prevented mass killings in western Izmir province.

The PKK terrorist attack in Izmir occurred just outside the city's main courthouse on Jan. 5, 2017, when the 43-year-old police officer Sekin stopped a suspicious vehicle, which turned out to have been carrying explosives.

Sekin, who realized the terrorists as soon as he stopped the vehicle, opened fire on them and prevented a large number of casualties. An armed clash also took place between the terrorists and security forces.

The ensuing clash and a car bomb attack left Sekin and court official Musa Can killed and five others injured as another terror attack involving a different vehicle was thwarted.

Soylu and Gül conveyed their condolences to the families and friends of Sekin and Can.

Speaking at the ceremony, Doğru said: "Their aim was a big massacre. Our security forces, particularly Fethi Sekin, gave the necessary reply to the betrayers. The target of terror was our unity and brotherhood."

Later, a statue in memory of Sekin was unveiled.