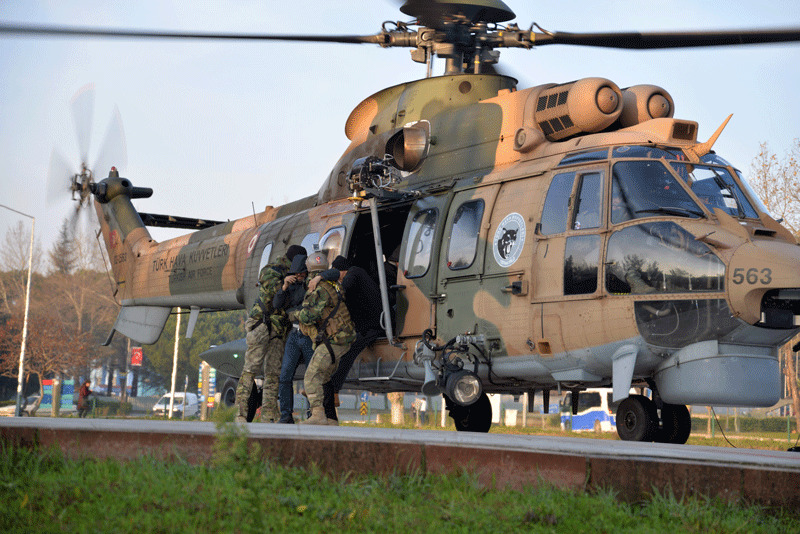 A group of three hikers stranded in northwestern Turkey's famed Uludağ ski center were rescued on Monday morning, according to a paramilitary source.

Hüseyin Karal, Cengiz Konuk and Abdullah Taner were stranded near Bakacak watchtower, located 5 kilometers (3 miles) from the resort, after they left for hiking on Sunday afternoon.

The hikers were forced to spend a night out in the cold and survived after building a shelter out of snow and lighting a fire.

A military helicopter was used to reach the group early Monday morning, the source, who spoke on condition of anonymity due to restrictions on talking to the media, said, adding that the group was later shifted to a nearby hospital for treatment.

Uludağ, which is the highest mountain in Western Anatolia with its peak at Kara Tepe (2543m), is located 36km south of Turkey's Bursa.

Bursa is a large city in northwest Turkey known for its mosques and historical sites from the early Ottoman Empire.