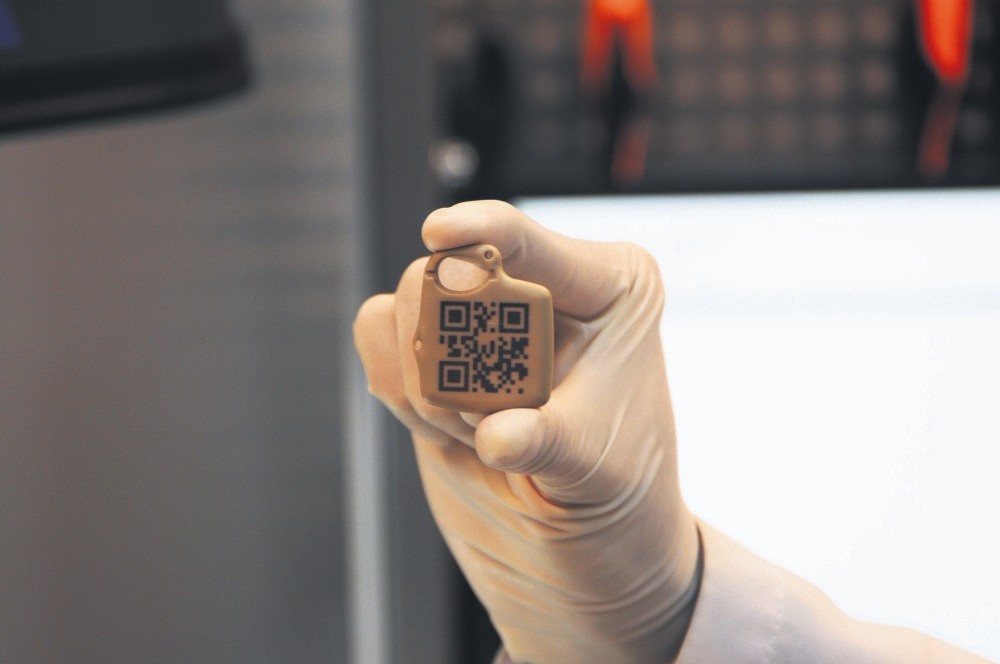 EpiStop, weighing just 10 grams, stands out among similar devices for being a rechargeable implant.
by Daily Sabah with DHA Jan 16, 2018 12:00 am

A group of Turkish scientists in the southern city of Gaziantep developed what they claim is the first locally made brain implant that significantly decreases epileptic seizures.

EpiStop, developed by Ninova Neurotechnology, is the result of three years' work by doctors, engineers and software experts. The team behind the rechargeable device claims EpiStop had positive results on 30 percent of test patients so far, and in some patients, it totally ended epileptic seizures.

The company spent $6 million on the device that has more improved features than its U.S. counterpart, the scientists said. Placed under the skin on the patient's rib and attached to neural nerves with cables, EpiStop sends an electric current to the brain to help counteract the patient's resistance to epileptic medication. The current's frequency can be customized, and the implant can be recharged every six months without being removed.

Assistant professor Hayati Deniz, an advisor on the project, said the implant is currently in the certification process. "It only weighs 10 grams, and we can mass produce it. It is the first time that such an implant has been developed in Turkey. We have promoted the device at conferences and trade fairs abroad and have received inquiries from more than 50 countries. Once the certification process is complete, we will start sales," Deniz said. The implant's price has yet to be set, but Deniz said its counterparts sell for between $18,000 and $24,000. Assistant professor İbrahim Erkutlu, who worked on the development of EpiStop, says the implant was produced to help epilepsy patients with resistance to medications.

"It has several distinct features, and what distinguishes it from other devices in the market is that it is rechargeable and does not need to be replaced once its battery runs out like other brain implants." Erkutlu also pointed out that epilepsy affects thousands every year in Turkey, and a small portion of these patients have grown immune to treatments. "[EpiStop] may not fully cure it, but it considerably decreases seizures in the majority of patients," Erkutlu added.