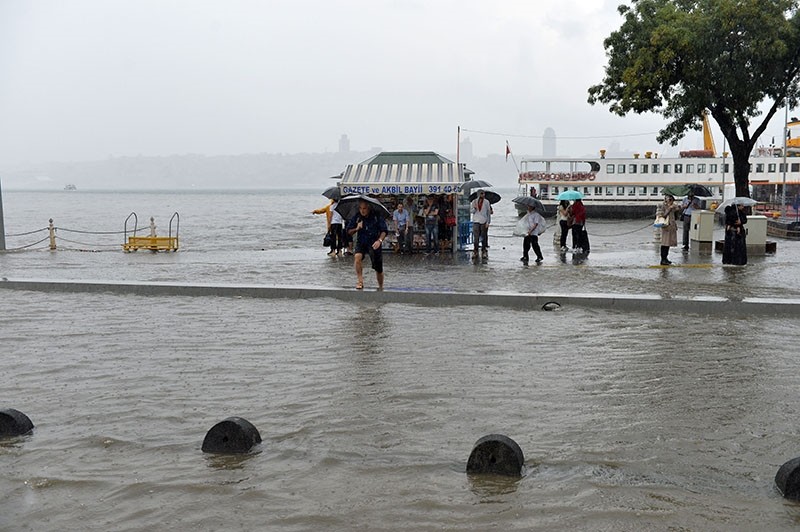 Turkey should brace itself for more rain and floods and less snow due to global warming, a NASA snow hydrologist said Friday.

According to Dr. Thomas Painter, 2017 was Turkey's driest year in more than four decades, with more drought to come.

Painter said Turkey's drought is more severe than in most places, adding that the country's precipitation levels resemble those of western America.

He also said rapid weather changes in Istanbul were caused by climate change.

The NASA expert said that because of hotter air, precipitation falls as rain more often than snow worldwide, creating a deficit in clean water supply.

Snow is a main source of clean water, because it lingers in mountain ranges after falling. In contrast, rain immediately reaches the ground and fills rivers and other bodies of water. This phenomena happens around the world, including Turkey, Painter said.

He suggested that Turkey build dams and invest heavily in infrastructure as it is losing its source of clean water in the form of snow and could see an increase in floods, which are known to pollute water sources.

Istanbulites are yet to see snow this winter as meteorologists' snow forecasts have repeatedly proven inaccurate.