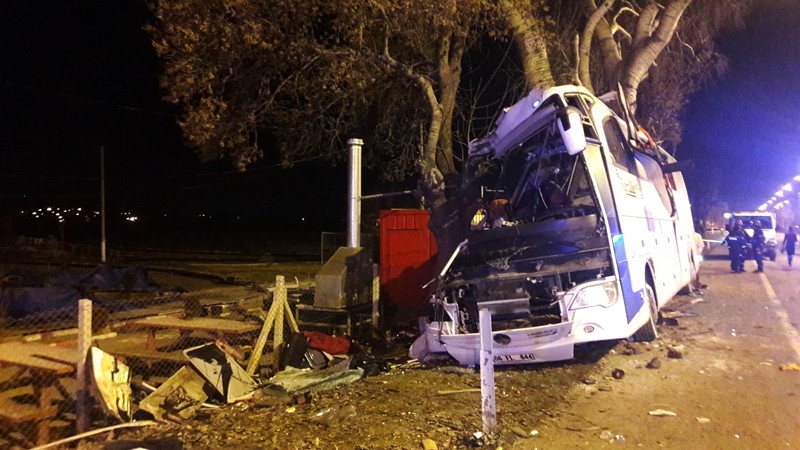 The accident occurred in Eskişehir when the bus was on its way to northwestern Bursa province from capital Ankara.

The tour bus, belonging to Kartallar Gezi firm, reportedly hit trees on the roadside of the Eskişehir-Bursa highway.

Çakacak told the media the injured were currently being treated at three different hospitals.

"I wish Allah's mercy on our citizens who have lost their lives and a speedy recovery to the injured," he said.

"The accident is currently under investigation," he added.

The road was empty and neither wet nor frozen, Çakacak said, vowing that the causes would be made clear.

Doğan News Agency reported that the passengers on the bus were mainly families with their children who were going to Bursa to spend the upcoming half-term at the popular Uludağ ski resort nearby.

The news agency did not say if any children were among those killed.

The two drivers, who were both lightly injured, have been detained and prosecutors launched an investigation, Doğan said.

Turkey has a dire road safety record with over a million accidents in 2016 and 7,300 people losing their lives, according to official statistics.