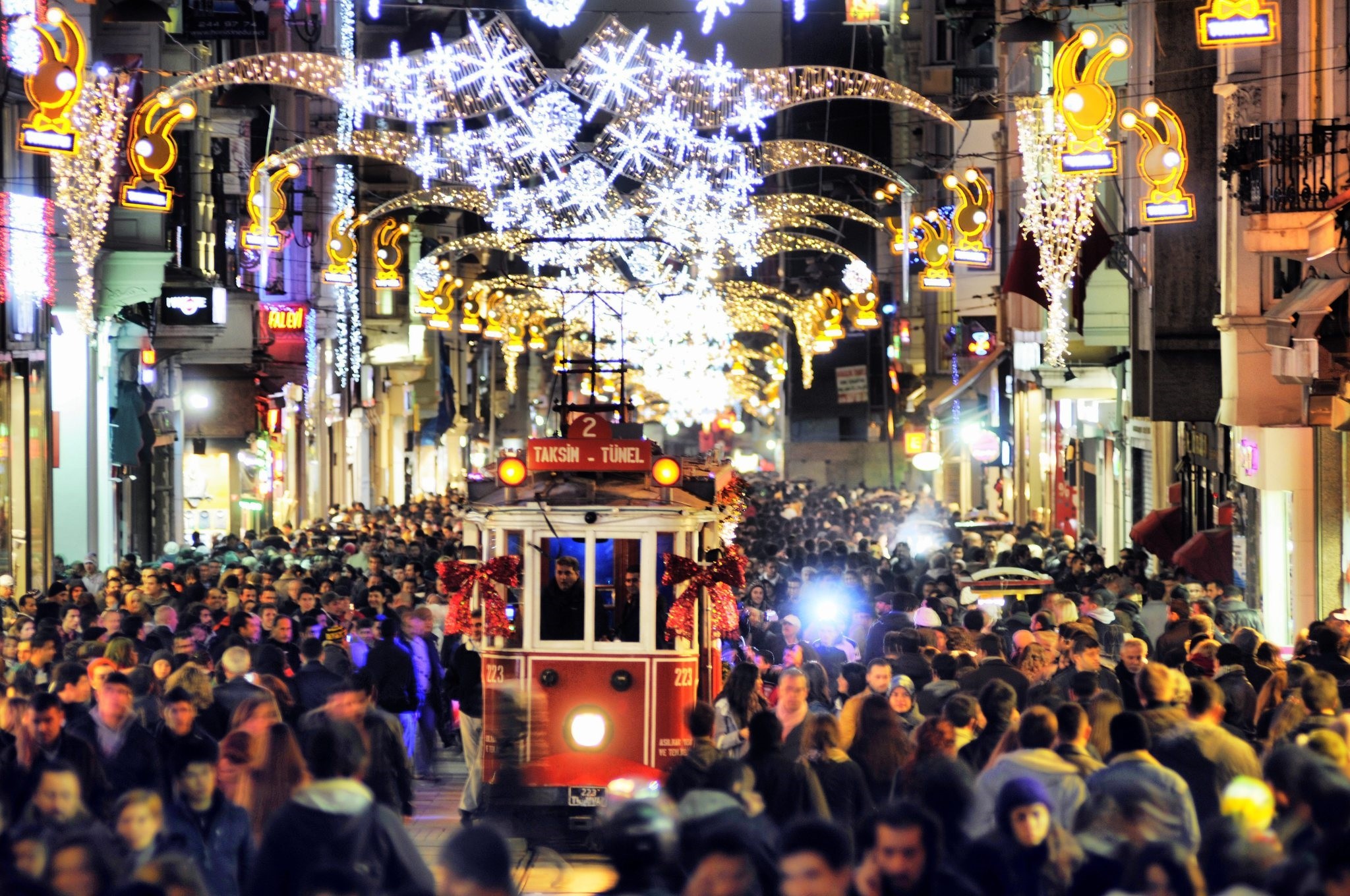 Turkey’s population is now 80.8 million, the official statistics agency announced yesterday, growing by nearly 1 million people last year with a slight rise in the number of people living in cities and towns

The population grew by nearly 1 million last year (995,654), surpassing the 80 million total mark by 810,525 people, according to the Turkish Statistical Institute (TurkStat).

According to figures released yesterday, there was a 1.24 percent increase in 2017, a slight drop compared to the 2016 growth of 1.35 percent. The median age has risen from 31.4 to 31.7, with the southeastern provinces having the youngest percentage of the population, the data showed.

The institute said 92.5 percent of Turkey's population lives in cities and district centers – up 0.2 percentage points – versus 7.5 percent in towns and villages.

Last year, Istanbul was Turkey's most populous city, with 15 million people, or fully 18.6 percent of the total population; the total number of people living in the city increased by 1.5 percent. The country's largest city and top tourist attraction was followed by capital Ankara with nearly 5.5 million people, and the Aegean province of Izmir with around 4.3 million. Bursa, a prominent industrial center, was the fourth-biggest city by population with over 2.9 million, and the Mediterranean resort city of Antalya came in fifth with more than 2.3 million people.

TurkStat also stated that the country's working-age population (age 15-64) rose 1.2 percent last year to 67.9 percent (nearly 55 million people) of the total population, while the population of under 15s was 23.6 percent, and the proportion of the population aged 65 and over was 8.5 percent.

This population growth might be good news for the government, which has been striving to address the problem of an aging population. Projections made earlier by TurkStat show that the elderly population will increase to 10.2 percent by 2023 and is expected to rise even further in the following decade. Experts link these projections to a decline in fertility and the availability of new treatments that increase longevity.

A set of incentives by the government for larger families and the famous advice of President Recep Tayyip Erdoğan to newlyweds to have at least three children might have played a role in the growth. In a bid to have more women in the workforce and to help women pursuing careers to start families, the government announced that monthly daycare support for mothers with children between the ages of 2 and 5. The government already pays benefits to parents per child with plans to gradually boost the amount and offer more cash to families with more children.