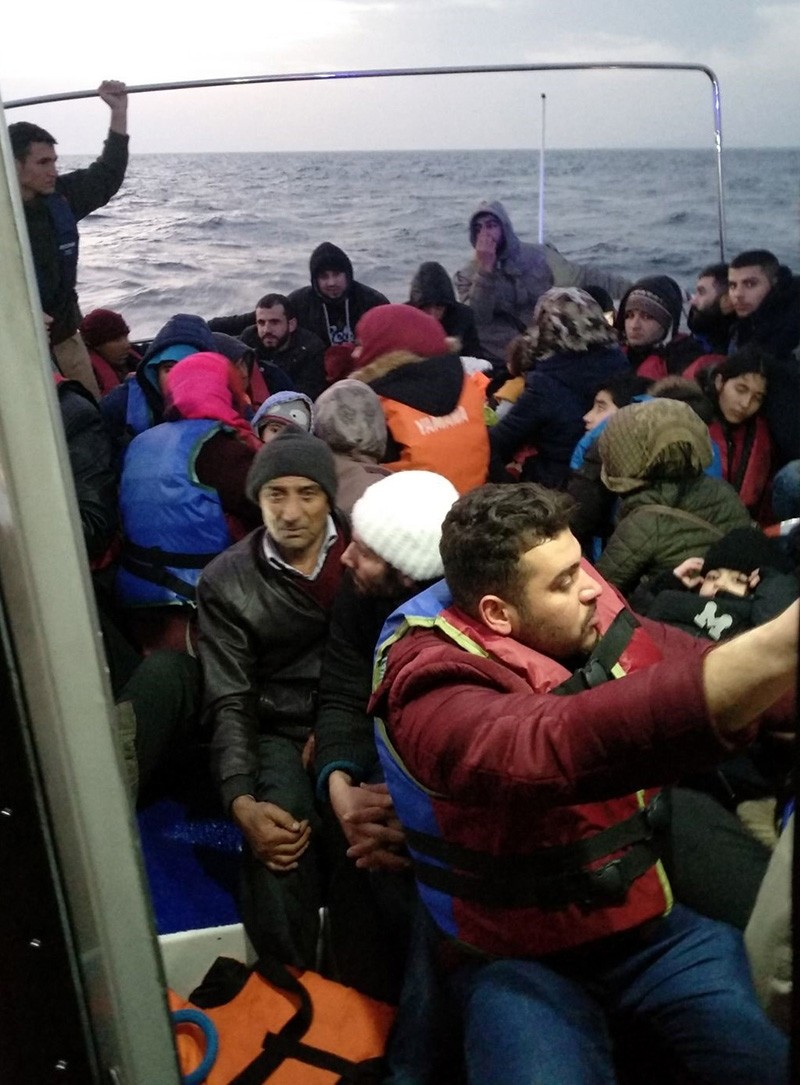 The Turkish Coast Guard rescued 42 Syrians in the Aegean Sea, near the coast of the western Aydın province on Wednesday.

Forty-two Syrians in a boat that was about to sink were rescued, according to a Coast Guard official, who spoke on condition of anonymity due to restrictions on talking to media.

Of those, 10 were children and 12 women, said the official.

Separately, a total of 54 undocumented migrants -- 42 in eastern Erzincan province, 12 in western Edirne province -- were held on Wednesday, according to gendarmerie sources.