$154.1B went up in ‘smoke’ over past decade due to Turkish tobacco addiction, data show 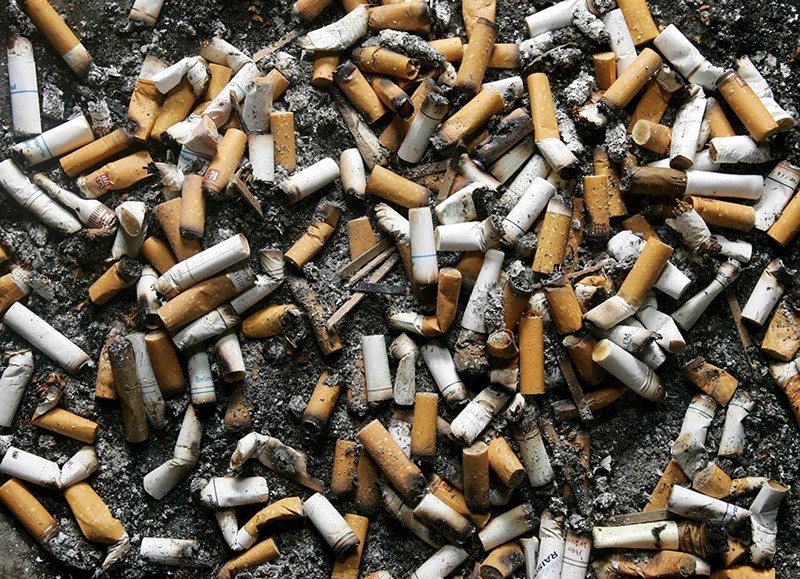 Over 1 trillion cigarettes worth 328.8 billion Turkish liras (around $154.1 billion, $86 billion on current rates) were consumed in Turkey over the last decade, according to government data.

Spending on cigarette consumption in the country rose in the years between 2008 and 2017, sources at Turkey's Food, Agriculture and Livestock Ministry told Anadolu Agency on Thursday, ahead of Feb. 9 World Cigarette Boycott Day.

Despite the decrease in cigarette sales, however, the number of smuggled cigarettes has increased, topped with an increasing trend of rolling tobacco.

To deter consumption, Turkey has restricted tobacco use in closed public areas since 2008 and required warning labels on tobacco products since 2010.

Since the introduction of a fine in 2009, a total of 18.3 million inspections carried out by the Health Ministry in closed locations with TL 221.6 million ($57.9 million) worth of fines issued to owners, operators and smokers themselves.

The municipal police, national police and gendarmerie units are also allowed to fine businesses over cigarette consumption in Turkey.

According to the WHO, in 2015 Indonesia had the world's highest smoking rate with 76.2 percent, followed by Jordan (70.2 percent) and Kiribati (63.9 percent), a small Pacific island nation.

Turkey ranked 49th with a 39.5 percent overall smoking rate on the WHO list.

According to data of Health Ministry, each year, 700 million children are exposed to cigarette smoke, whereas 600,000 die each for being exposed to smoke.