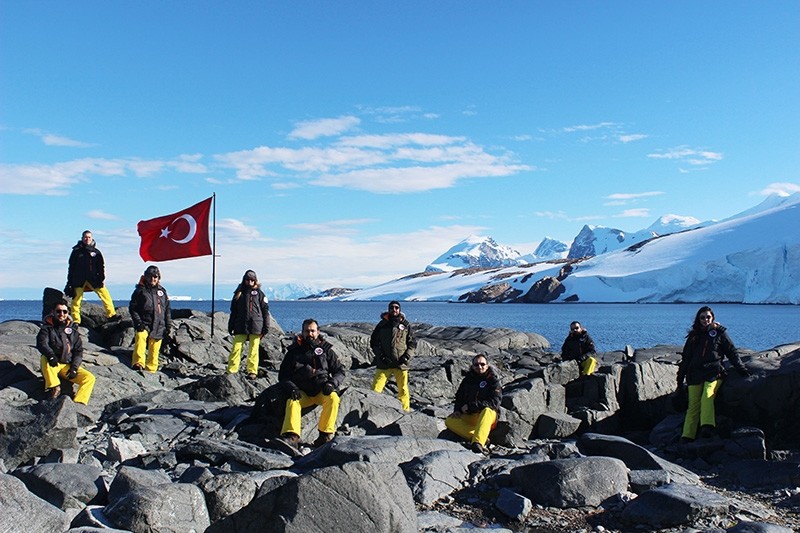 Turkish scientists are set to journey to Antarctica for a second time for polar research later this month.

"We are going to complete our science base's feasibility studies in our second voyage to start in almost 10 days," Science, Industry and Technology Minister Faruk Özlü told the Turkish research team in the capital Ankara.

Özlü stated that the team already did the necessary work to establish a Turkish base in Antarctica.

"In our second Antarctica voyage, female scientist Burcu Özsoy will be leading the team," he added.

Özlü called Turkey's second voyage to Antarctica one of the country's vision projects, adding that Turkish science has come a long way.

Turkey is determined to be a country which competes internationally in science and technology, he said.

Stressing the difficulty of setting up a base and doing scientific research 15,000 kilometers (9,320 miles) from home, Özlü said: "I am sure Turkish scientists will achieve difficult goals. Turkey's power will support our science group. I wish success for the Turkish team on their second voyage to Antarctica."

The research team also visited Prime Minister Binali Yıldırım at his office ahead of their departure.

Antarctica has served as a scientific research zone since a 1959 treaty Turkey is a signatory to.

The continent is the coldest on earth. The lowest temperature there was recorded in 1983 at -89 degrees Celsius (-128 Fahrenheit).