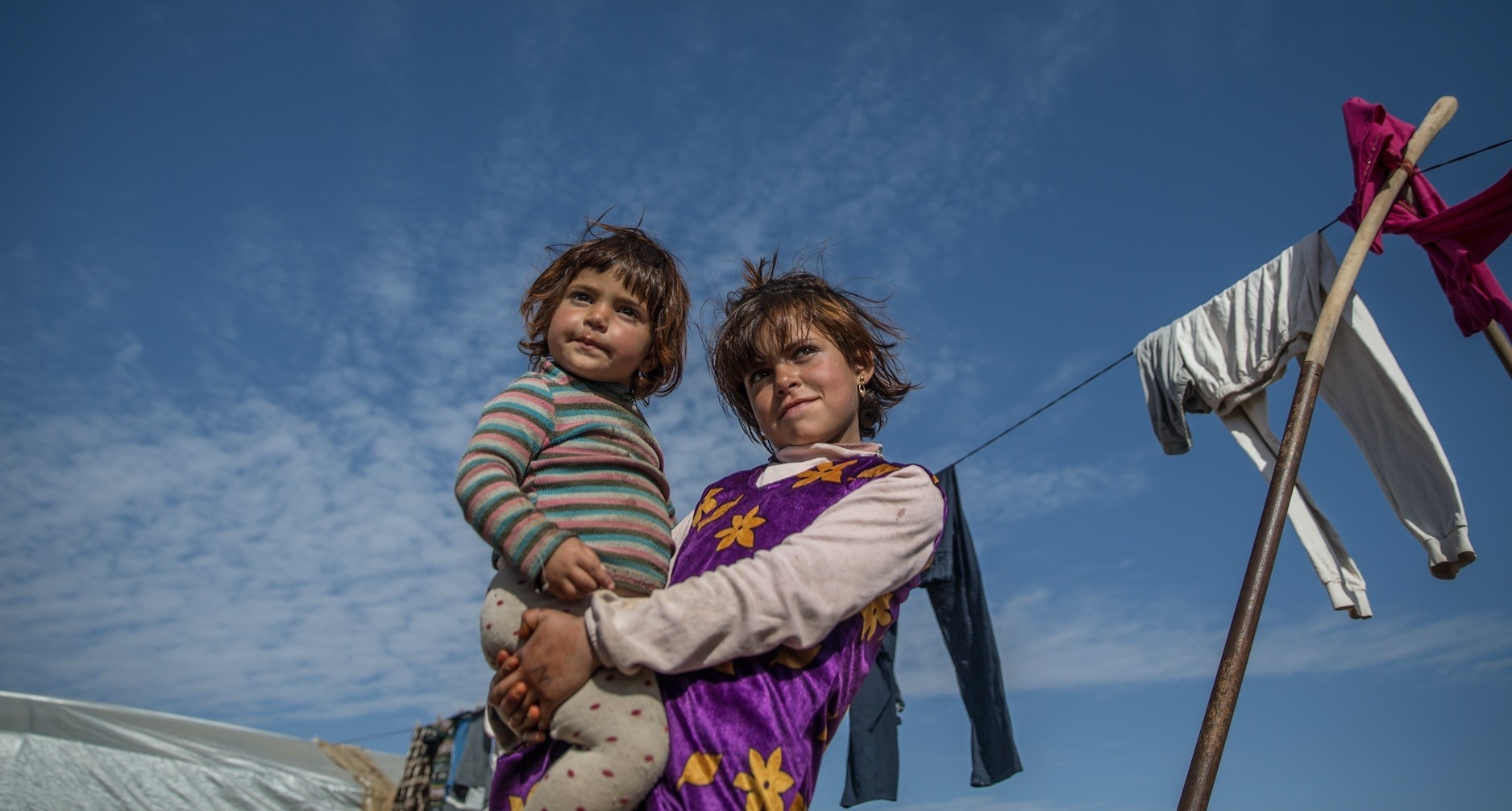 A Syrian girl holds a younger girl as the two pose near the tent they live in with their families in the southeastern city of u015eanlu0131urfa. The girlu2019s family is among the Syrian refugees forced to flee Raqqa.
by daily sabah Feb 15, 2018 12:00 am

Seven years after the civil war broke out in neighboring Syria, Turkey remains a safe haven for more than 3.5 million Syrian refugees

Next month marks the seventh anniversary of an uprising against Syria's Assad regime which evolved into an all-out civil war. Since 2011, Turkey has received a constant flow of displaced Syrians fleeing the conflict and their numbers have expanded from mere thousands to millions.

According to the state-run Anadolu Agency (AA), the number of Syrian refugees, who Turkish officials refer as "guests," has reached 3,506,532. Turkey has so far spent more than $30.2 billion on the wellbeing of this displaced population.

The conflict in Syria has killed more than 500,000 people and forced more than 5 million people to flee, while some 7 million remain internally displaced. Refugees mainly took shelter in Turkey, Jordan and Lebanon with Turkey hosting the largest number of Syrian refugees. Some of them have sought to reach Europe via the Aegean and Mediterranean seas, but hundreds died en route to Greece and other littoral countries.

Turkey's Disaster and Emergency Management Authority (AFAD) has led the efforts to shelter refugees. Originally set up to help disaster victims, AFAD was tasked with accommodating refugees amid the Syrian crisis. At some 21 accommodation centers, including tent camps and modern prefabricated housing units, AFAD hosts 227,894 Syrian refugees. The rest either lives in houses they rented or bought or at homes provided by charities around Turkey's all 81 provinces. Modern camps provide the refugees access to all basic services, from education to vocational training courses. Education is the main concern for refugees as youth and children make up the majority of Syrians taking shelter in Turkey.

Turkey has so far reached out to 612,603 Syrian children in its bid to provide them with education. They attend public schools, schools run by charities and schools set up at some refugee camps.

In seven years, AFAD spent more than $5.5 billion for Syrian refugees while another $16.3 billion was spent by the government for health services. Turkey has also invested $15.4 billion on their education. The aid, however, was not confined to those staying in Turkey, and some $1.6 billion was spent on humanitarian aid in Syrian towns liberated from Daesh by the Syrian opposition backed by the Turkish army in 2016. In addition, the Turkish Red Crescent and other charities have spent another $2.05 billion on Syrian refugees.

Ankara has often criticized the international community for not funneling sufficient humanitarian aid for the refugees in Turkey and not taking in more refugees. Filippo Grandi, the head of the U.N. refugee agency who was scheduled to visit Turkey this week appealed the U.S. and other nations Monday to take in more displaced people. With dramatic changes in its migration policies, Washington has scaled back resettlement programs under President Donald Trump. Grandi also called on Denmark and other countries that have reduced quotas for refugees to raise them again.