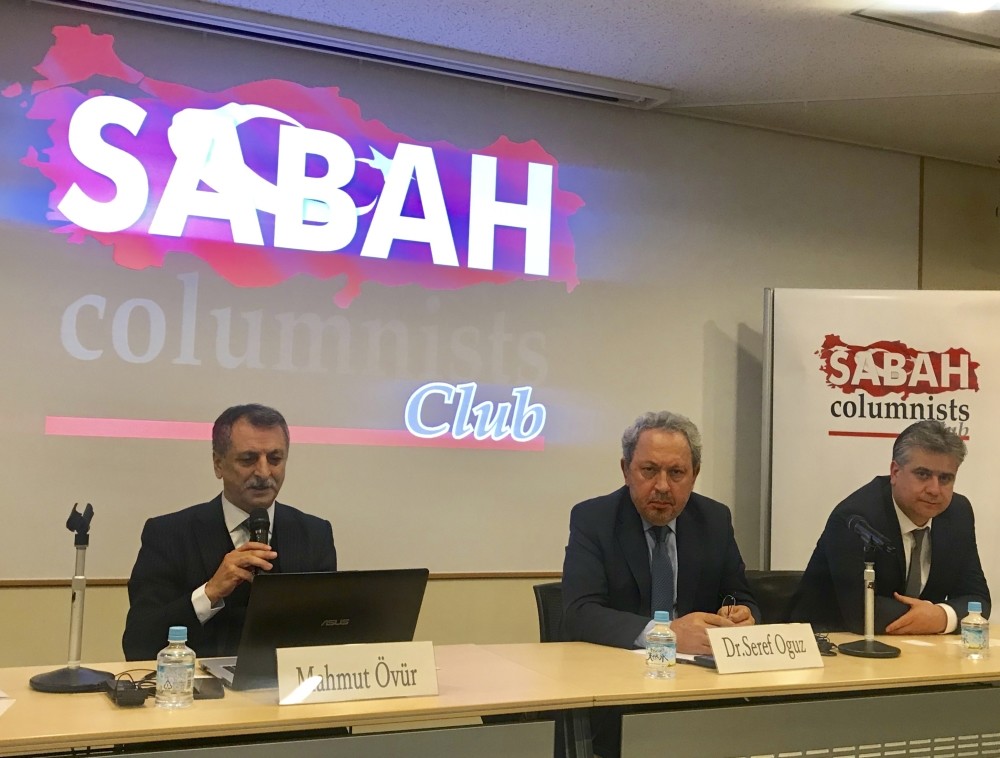 On the panel, Daily Sabah and Sabah columnist Mahmut Övür spoke about the Syrian civil war and Turkey's Operation Olive Branch in Afrin, northwestern Syria. He said Turkey is opposed to child deaths in Syria and that they expect Japan and the international community to raise their voices against the deaths of children, quoting verses by prominent Turkish poet Nazım Hikmet lamenting deaths of children during World War II bombing of Hiroshima.

"Turkey has a principled stance against terrorist groups such as Daesh and the PKK. The PKK is recognized by the world as a terrorist group and through its Syrian proxy, the PYD [Democratic Union Party], it openly fights for the interests of the United States. Turkey launched Operation Olive Branch to end the presence of terrorists. Turkey, at the westernmost tip of Asia and Japan at the easternmost tip of the continent, can form a common line," he said. Övür said that the region where Turkey is located is the "new center of the world," as it is a transit hub and an energy corridor. He added that Japan needs "a reliable partner like Turkey" in the region for its regional clout.

Economist Şeref Oğuz, who heads the economy desk at Sabah, spoke about Turkey's importance for the "rising East." "The center of power is shifting to the Pacific basin from countries on the Atlantic coast. This is a historical breaking point and Turkey serves as a gateway for both worlds," he said. Oğuz said Turkey has a geographical advantage and is a developing economic power, referring to recent projects boosting its significance, from a new airport in Istanbul to new bridges and railroads connecting Asia and Europe and the proposed canal in Istanbul. "We are accomplishing what is expected from a country lying at the intersection of continents," he said.