Women from around the world mobilize for Syrian women 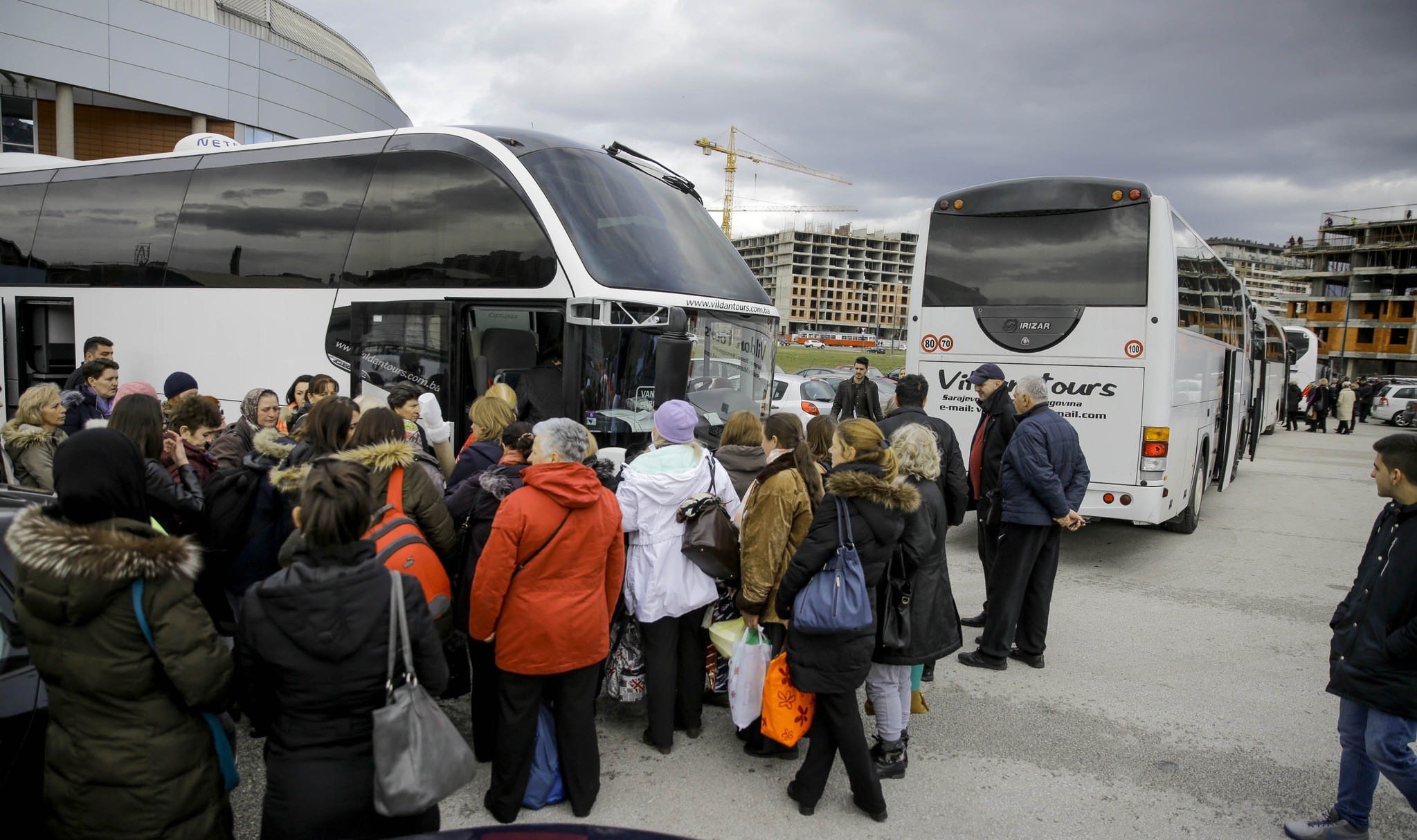 Supported by 450 nongovernmental organization from 55 countries, the Conscience Convoy for Women sets off from Istanbul tomorrow with the aim of reaching Hatay on March 8 Women's Day to call on the world to act to protect Syrian women stuck in the Assad' regimes jails

The Conscience Convoy for Women, which aimed to highlight the daily suffering of Syrian women in the Assad regime's jails, will start its journey from Istanbul tomorrow ending in Hatay on Thursday, March 8, International Women's Day. Thousands of women from around the world are expected to join the convoy and participate in the call from Hatay for the release of the women.

Lawyer Gülden Sönmez, deputy chairman of the Human Rights and Justice Movement (İHAK), speaking to Anadolu Agency (AA), said women and children are the main victims of the civil war in Syria. "In the beginning, we called on the world to pay attention to the crimes, and now we have unfortunately been proven correct."

She said there are estimated 3,581 women in Assad regime prisons. "Some were taken there pregnant and were forced to give birth there and some were unfortunately raped and became pregnant in prison."

The systematic torture of women is widespread, she said. "Rapes are common. No one, no state or international organization, including the Organisation of Islamic Cooperation [OIC] raises this issue. It is as if these women are already dead." She said the common anger against this silence had made many women's groups from around the world cooperate to launch such a convoy.

Sözmez said she had personally interviewed more than 100 women raped in Assad's jails. "There are some who underwent horrible torture. We know of almost a thousand women who committed suicide after being released."

Sözmez mentioned a 23-year-old Syrian woman. "She told me she didn't know how many [men] had raped her. She said no one raised their voice for her. She was bothered that not even women were complaining about what was happening."

According to Sönmez, the Syrian regime "openly uses rape as a weapon" in the civil war. "Women victims of these evil acts are not heard by any country, any international body or international community at all. Nevertheless, they are subjected to crimes against international law, crimes against humanity. It has been seven years [since the war started] and we are still awaiting someone to do something about it," she said.

Majd Chourbaji was one of the women held captive in prison simply because of attending protests against the oppressive Assad regime. Speaking at the press conference, she said she spent seven months in prison after attending a protest in Daraa and her husband, jailed with her, died of torture. "They brought in my husband to the place where I was held and tortured him while I was watching. I was kept in a cell for a long time and then, they put me in a small room with 20 other prisoners. It was a room of about 2 square meters. The other prisoners were elderly women, pregnant women and a woman who had just delivered a baby before being imprisoned. We were allowed to go to the bathroom only three times a day and only at eight hour intervals. I know people who were held there for years and tortured every day. I know babies born in the prison and babies who died there. My husband died there too and they did not even give his corpse to the family," she said. Chourbaji said men were tortured too and they were hearing their screams every day. "One of them was not allowed to go to the bathroom and when he defecated, they forced him to eat his feces," she said.

Dima Moussa, a Syrian lawyer, says women were either held in prison for joining peaceful protests or simply, to threaten their families and husbands. "They are beaten, harassed and raped," she claimed.

Women members of prominent nongovernmental organizations such as the Women and Democracy Association (KADEM) and the Ensar Foundation and Humanitarian Aid Foundation (İHH) are among those who will participate in the convoy.

There are 450 nongovernmental organizations from 55 countries supporting the convoy. Women from South Africa, Malaysia, Chile and Ethiopia will be attending the convoy, Sözmez said.

Sönmez said when she first sent letters abroad, the first response came from the Mothers of Srebrenica. "Because they lived through it. They worked to make sure in never happened again."

Around 200 Bosnian women on Saturday set off from Sarajevo to Istanbul to join the convoy.

President of the Association of the Mothers of Srebrenica and Zepa Enclaves Munira Subasic joined the sendoff ceremony of the Bosnian women.

"Srebrenica's mothers are well aware of what pain means, now Syrian women are experiencing the same pain we went through," she said speaking to AA.

"We are in the 21st century, the United Nations, the U.S. and Russia need to be ashamed," she added.

"On March 8, we will all together call out for help for the Syrian women held in Syrian prisons," she said.

Nearly 150 buses will take part in the journey, which will make stops in İzmir, Sakarya, Ankara and Adana before reaching the southern Hatay province on the Turkey-Syria border.