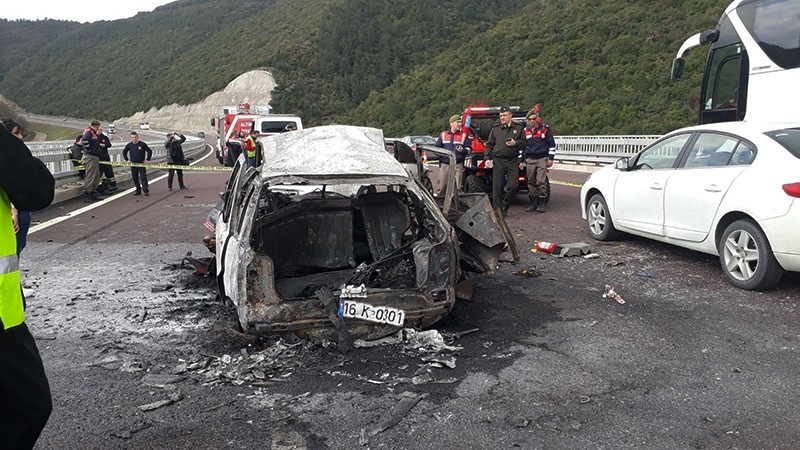 An elderly Turkish couple died Tuesday in a car accident on a highway between Bursa and Istanbul while en route to a funeral.

Nurettin Atmaca had been driving his car on the opposite lane when he collided head-on with another vehicle while trying to enter the right lane.

Following the collision, Atmaca's car caught on fire, and he and his wife Gürdane Atmaca burned to death.

The 73-year-old man was reportedly in a hurry to attend the funeral of his sibling in Istanbul.

A family of three, who were in the other car involved in the accident, were taken to a hospital with injuries.