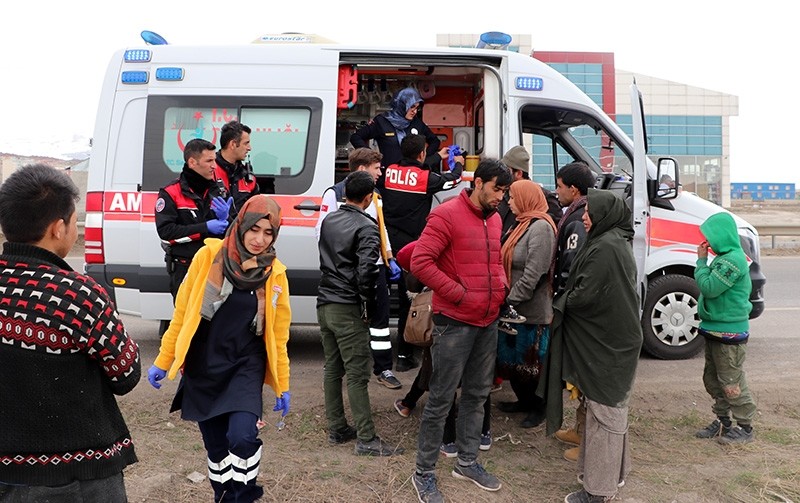 At least 406 undocumented migrants were held in Turkey on Tuesday, according to security sources.

The sources, who spoke on condition of anonymity due to restrictions on talking to the media, said soldiers and gendarmerie forces detained 213 undocumented migrants in western Edirne province.

The migrants included Afghan and Pakistani nationals, who had been walking for many days, the sources added.

Ahmet Nazari, one of the migrants, told Anadolu Agency that the human smugglers in Iran took all of their money and sent them to Turkey on foot.

"We have been traveling for nine days, we suffered a lot together with the children," he added.

Turkey has been the main route for refugees trying to cross into Europe.