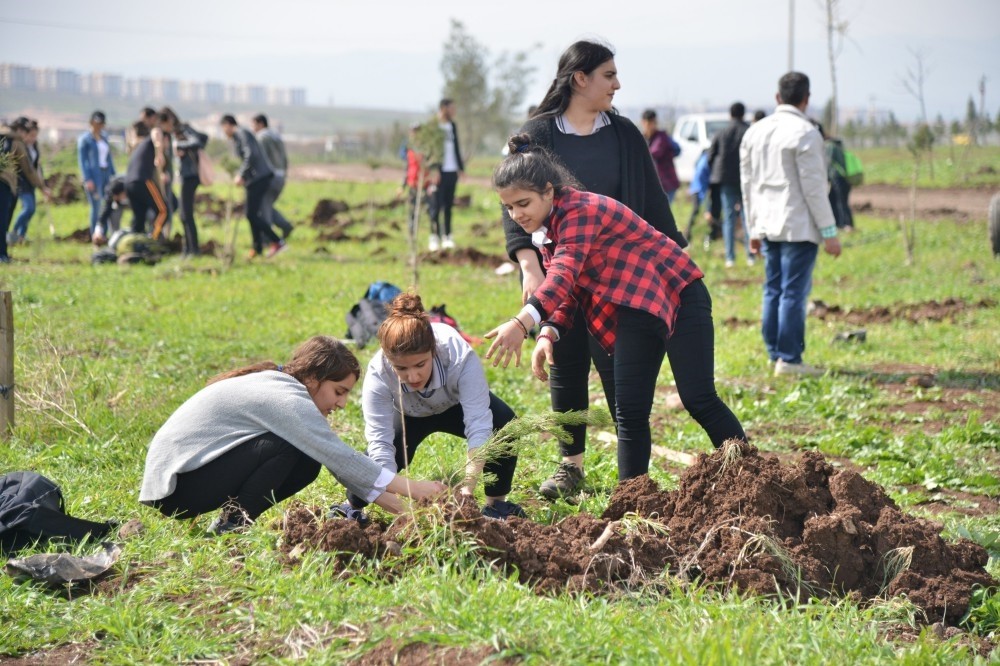 "Let's Build A Greener Turkey Together" campaign inaugurated by President Recep Tayyip Erdoğan yesterday at the presidential complex in the capital Ankara. The campaign, held on International Day of Forests, includes delivery of 23 million letters to the public in envelopes containing a seed and a call by the president to citizens to plant trees.

Amid a construction boom and concerns over global warming, Turkey has stepped up its efforts to preserve the forests and expand them. Between 2007 and 2011, more than 4 billion saplings were planted and last year alone, the government planted 300 million more.

Country's Ministry of Forestry and Water Affairs pursues an ambitious campaign to increase the total number of planted trees to 7 billion, equal to world population, by 2023, the centenary of foundation of Republic of Turkey. Boosting the production of saplings, the ministry also carries out a forestation project to boost revenue from forestry products, namely fruit and honey production, for villagers. Income-generating forests currently stands at 3,500, catering to the needs of villages each were designated to.

"Honey forests" propelled Turkey to second place in honey production in the world, according to Minister of Forestry and Water Affairs Veysel Eroğlu. Through the "5,000 Forests for 5,000 Villages" project, the government aims to encourage development in remote villages by planting forests and fruit orchards in areas. Since only a small fraction of the entire population live in villages located within forests or near forests, the project also aims to curb migration from villages to cities by offering additional revenues for villagers through the selling of crops such as walnuts, almonds, olives, pine nuts, rose hip, carob, wild pears and thorn apples.

Speaking at the inauguration ceremony for the campaign, President Erdoğan said Turkey increased the size of its forests to 223 million decares and they were "proud" to be followers of Prophet Muhammad who advised Muslims "to plant a sapling" even on the Day of Resurrection. "We are among few countries in the world expanding its forests," Erdoğan cited.

"Turkey once was a country embattled with wrong urbanization disasters and destruction of green spaces and trees. We took steps in the past fifteen years to reverse this trend. We are inspired by our ancestors who always planted trees around anywhere they built, be it mosque or a school," he said. The president noted that their efforts for afforestation focused on any spaces and at university campuses alone, six million trees were planted in recent years. Erdoğan also reminded that the government also planted 242,000 plane trees, a symbol and legacy of the Ottoman Empire, as part of forestation efforts.

The president invited citizens to join the campaign "for future generations to inherit a greener Turkey with a cleaner air."

Prime Minister Binali Yıldırım said at the same ceremony that some 29 percent of Turkey is now covered with forests and they aimed to increase it to 30 percent in the next five years. "We work on planting trees everywhere suitable, from university campuses to the roadsides, from courtyards of schools to courtyards of the mosques," he said.

Elsewhere in Turkey, provincial branches of Forestry Ministry delivered free saplings to public to plant on the occasion.