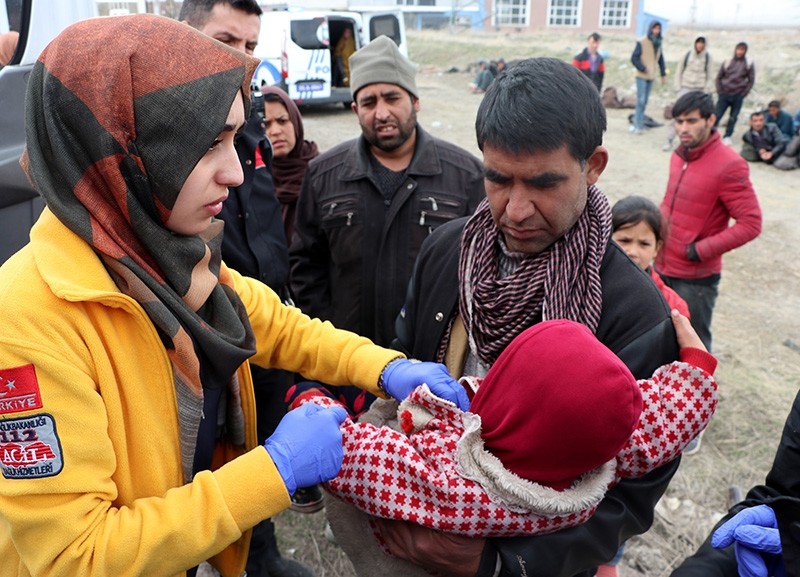 At least 261 undocumented migrants have been held across Turkey, according to a security source Thursday.

In northwestern Edirne province, 81 migrants attempted to illegally cross into Europe, the source, who spoke on condition of anonymity due to restrictions on talking to the media, said.

Border guards along with gendarmerie forces carried out searches in Meriç and Keşan districts as well as in Bosnaköy in the center of the province.

Among the migrants were Syrians, Algerians, Palestinians, Pakistanis and Afghan nationals, who were later taken to a provincial migration authority, the source added.

Separately, in eastern Erzurum province, 180 undocumented Afghan and Pakistani migrants were held at different locations while they were walking in groups.

The migrants had illegally entered Turkey from Iran and would be deported.

Turkey has been a main route for refugees and asylum seekers trying to cross into Europe, especially since the beginning of the civil war in Syria.