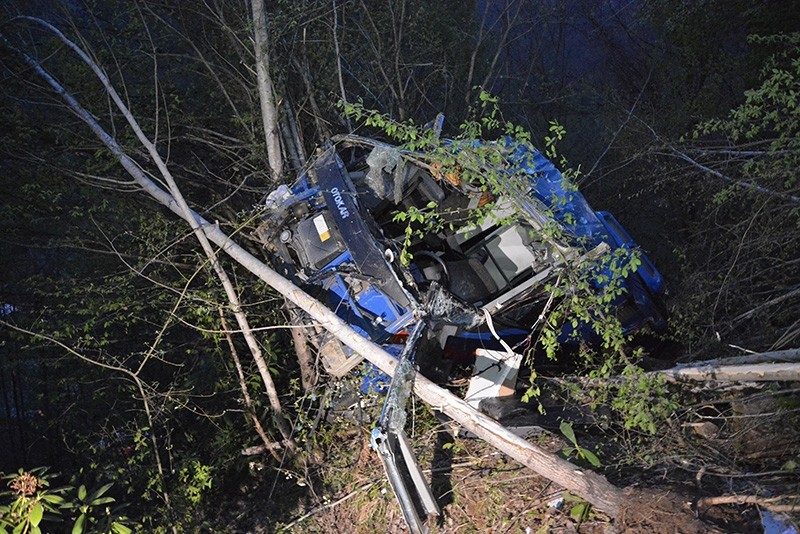 Two soldiers were killed and 14 others injured when a prisoner transfer vehicle rolled down a cliff in Turkey's northern Karabük province.

The accident, which happened in Yenice region's Yaziköy village, occurred when the driver reportedly lost control of the vehicle before it rolled 80 meters down a cliff.

Medical rescue and emergency teams, as well as gendarmerie forces, rushed to the scene.

Thırteen soldiers and the inmate Gurbet Kalaycı were injured, the source added.

The injured were taken to hospitals in Yenice and central Karabük. The drıver of the vehicle died after arriving to Karabük Training and Research Hospital.

The other people injured were in good condition, according to information from the hospital.

The accident took place when the van was returning to prison from the funeral of Hüsnü Kalaycı, the inmate's brother.