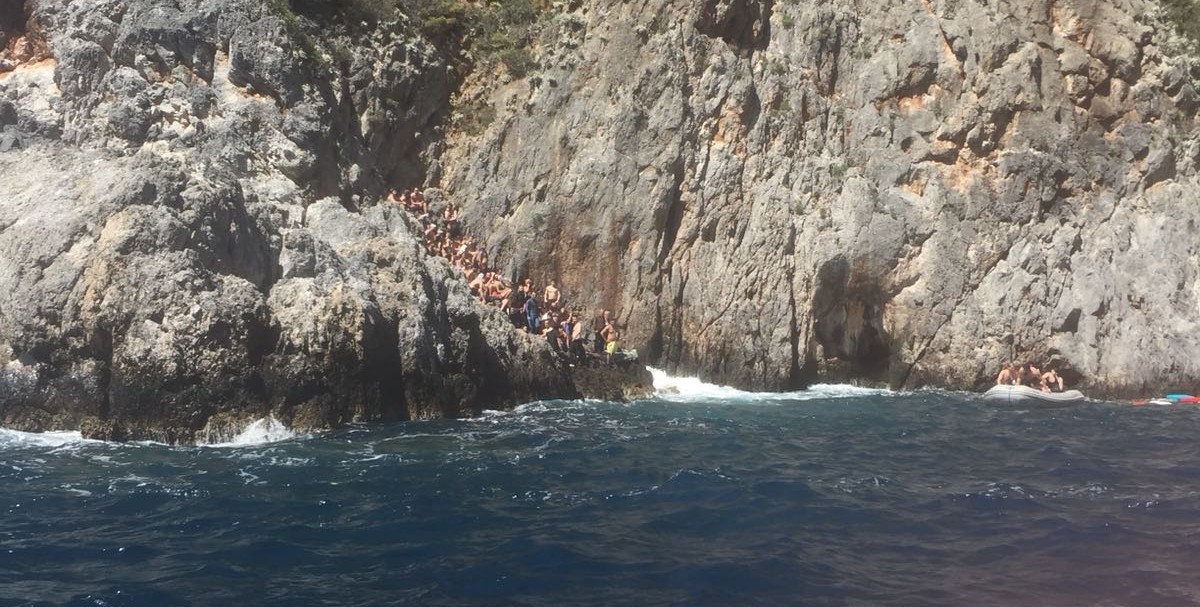 All passengers and the crew were rescued after a small diving boat capsized in the Gulf of Fethiye off Turkey's southwestern Muğla province Monday afternoon due to strong winds and waves.

The boat, named Mermay, was carrying seven crew members and 71 passengers – all of whom were students of Sabancı University – and was heading toward Gemiler Cove as part of the university's annual "Spring Break Dive and Blue Cruise" organized by its Underwater Sports and Research Club (SUSS).

A disaster was avoided thanks to a report that a nearby diving boat had capsized off the coast of Kayaköy and the quick response of the Coast Guard and Naval Forces Command.

Fethiye Governor Muzaffer Şahiner said that the students and crew swam to the nearest land but that the large rescue boats couldn't get close enough to them due to rough seas. 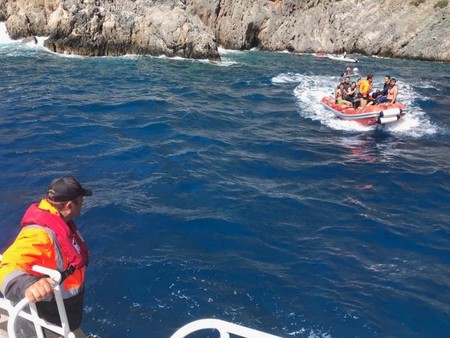 He said that smaller boats had been sent to rescue the students in groups instead and that all were taken to Fethiye Harbor.

Initial findings showed that the boat most likely capsized due to choppy seas and high winds.

Located in southwestern Turkey, Fethiye is a famous tourist attraction for both domestic and international holidaymakers. The turquoise waters of Ölüdeniz, Kabak Bay, the Butterfly Valley and Faralya are the main tourist attractions.