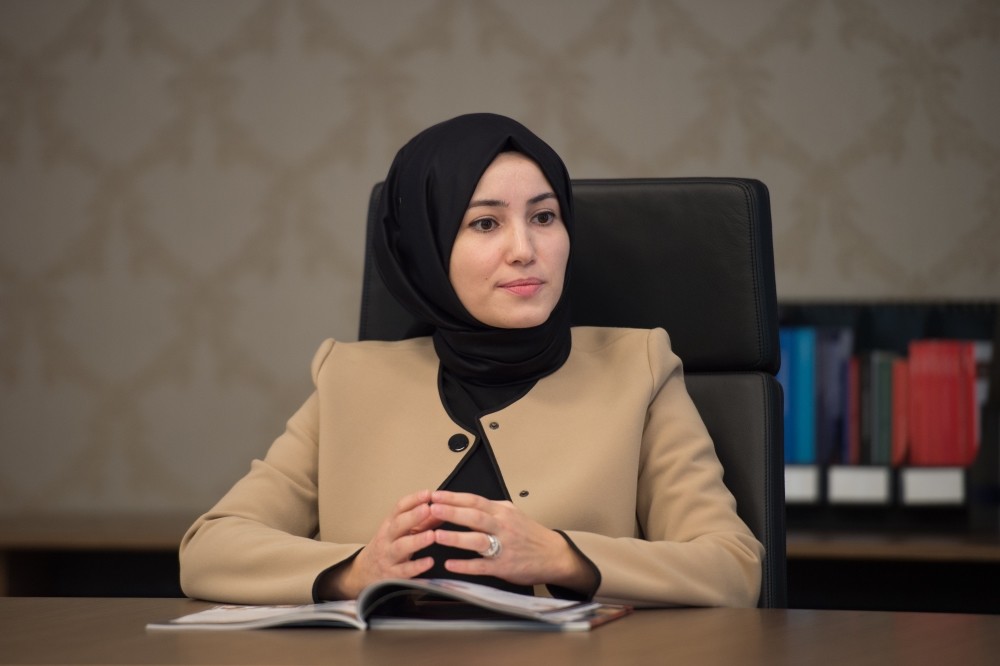 Dr. Albayrak says Turkey challenged a ,uniform positivist modernism, forced upon it and set an example by preventing a rift between ,the pious and the secular.,
by Daily Sabah Apr 04, 2018 12:00 am

Şule Albayrak, an expert in the sociology of religion, says Turkey, with its recovery from a 1997 coup that targeted Muslims, offers a success story on how to exist as a Muslim country in modern times in the face of terrorist groups exploiting the religion

Muslims have long been a soft target for anti-Muslim circles in Turkey, namely, secular extremists and self-styled "true" adherents of the religion. In a country where the understanding of Islam is as diverse as ethnicities living there, stereotypes attributed to Muslims are abundant as well. Muslims nowadays face an unfair profiling reminiscent of the witch hunt in the late 1990s when a 1997 coup openly targeted them, partly due to controversial remarks by some figures associating themselves with Islamic thinking. What's worse, anti-Muslim circles try to portray them as either adherents of the Gülenist Terror Group (FETÖ) or Daesh or somewhere between. Both groups, which exploited religion to advance their own violent agenda, do not fit into reality on the ground in terms of Muslims' image in Turkey. This is what Şule Albayrak implies as she says Turkey, on the contrary, is a success story in how to exist as a Muslim community in modern times.

Albayrak, a lecturer at the Faculty of Theology at Istanbul's Marmara University and an expert in the sociology of religion, spoke to Yusuf Özkır, editorial coordinator of Kriter, a monthly published by think-tank Foundation for Political, Economic and Social Research (SETA).

She says Turkey openly challenged "uniform positivist modernism" after the 1997 coup and prevented a perceived divide in the society between "the pious and the secular, between those wearing headscarf and those not wearing it." "Turkey is an important example showing that Muslims can exist in this modern world with their own values." This is largely thanks to "a shift to democratic secularism," according to Albayrak, under the Justice and Development Party (AK Party). "It was in [President Recep Tayyip] Erdoğan's leadership that authoritarian secularism was replaced with democratic secularism and social dynamics changed with a bottom-up approach. Instead of a singular, authoritarian, 'Occidental' understanding of modernity, a sociopolitical, pluralistic environment that takes historical and sociocultural experience into account and open to alternative modernity approaches emerged," Albayrak says. She adds that "peace finally achieved between the state and the people ended polarization between the two and effectively replaced a state ruled by the careless minority with a state embracing the whole of the society."

Turkey or rather, its ruling elite favored a French model of laicism and Albayrak says this helped them to "distance themselves from the Ottoman legacy." "Islam was the main component of the Ottomans and turning their backs on them also meant rejecting Islam and particularly, an institutional view of Islam (in the past)," she notes. Yet, the local version of French laicism sided with discrimination toward Muslims. Albayrak says increasingly authoritarian secular ideology was placed in the heart of politics and the elite tried to legitimize systemic discrimination based on this ideology that way.

She points out alternative models to the localized version of French laicism and says they were conveniently ignored by the secular elite. "For example, the United States pursued a model both ensuring religious freedoms and putting a wall of separation between the religion and the state."

Eventually, the rift between the state and people adhering to Islam deepened over the decades, thanks to antagonizing policies. Albayrak lists imposing Turkish recitation of adhan (call to prayer required to be read in its original Arabic), "brutal" enforcing of the ban on Muslim attire among them, as well as casual classification of anything associated with religion as "archaic and reactionary."

This could have led to a social unrest in the Muslim-majority country - as evidenced in other countries with similar policies of oppression against Muslims - but Albayrak says the pious people "never became hostile towards the state." "People knew that the state was under tutelage and religious freedoms would be granted again once the tutelage ended. Even in the times where most pressure was imposed on the pious, no social movement resorting to violence emerged," she underlines.

"Today, we witness a rapid course of change in the field of religion and emergence of more diverse and different social classes and groups. From radicals to traditional thinkers, those groups coexist. For Massimo Introvigne - Italian sociologist who devised the 'religious market' theory - Turkey differs from other Muslim countries with scarcity of ultra-liberal and ultra-radical religious groups and the majority of the society pursues a rather central religious understanding far from fringe groups. Nevertheless, rapid changes in recent years made views of fringe groups more known," Albayrak says, crediting it with improvement in social media and communication technologies. "Amid an increasing generation gap, the youth are particularly vulnerable to extremist groups mastered in the use of technology to spread their propaganda. In addition, we face attempts to stir up conflicts based on religious sensitivities," she lists as two primary concerns for Turkey.

Albayrak says views and discourse once strictly exclusive to only loyal followers of fringe groups went mainstream, especially online. "Thus, we see people who wouldn't be so well-known 10 or 20 years ago hitting the headlines, from Salafists to the deniers of hadith [Prophet Muhammad's sayings], to 'kittens' [the scantily clad entourage of notorious cult leader Adnan Oktar]. They have followers and opponents and are engaged in a fierce war of slogans on social media. Deliberately or unwittingly, the discourse of these groups aid the mindset seeking to paint Muslims as a group stuck in the dilemma of Daesh and FETÖ," she notes, pointing out the isolating language adopted by those fringe groups and "their self-styled declaration of heresy of other groups not complying with their religious views."

So, what to do about "media preachers" that drew the public ire for their attempts to justify violence against women through their own interpretation of Islam? Albayrak says religious groups or those portraying themselves as "only representative of the truth" should get rid of that mindset, first of all. "We need mechanisms that both protects freedoms of religious groups and scrutinize their activities not related to religion," she adds. FETÖ is an example on how a seemingly religious group can be used by foreign powers as a tool of tutelage they sought to impose in Turkey. The terrorist group, which disguised itself as a charity with religious undertones, sought to topple the government in 2016 and killed 249 people in the process. As it expanded its clout, the terrorist group also boasted a global empire of schools and companies and dodge inspections thanks to its widespread infiltration everywhere, from judiciary to law enforcement.

Albayrak says civic society should also "monitor the activities of religious groups and issue necessary warnings." For leaders of these groups, Albayrak suggests them to "quit viewing themselves as Catholic clergy, as someone believing they have ultimate say over religious matters." "They should be aware of consequences of a dividing discourse if it spreads across the world."

"Media preachers should not see the social media as a battlefield and adopt a better rhetoric in conveying religious matters to the masses far from controversy. This is what Quran advises them too. It says: 'Invite to the way of Allah with wisdom and good instruction and argue with them in the best way.'"