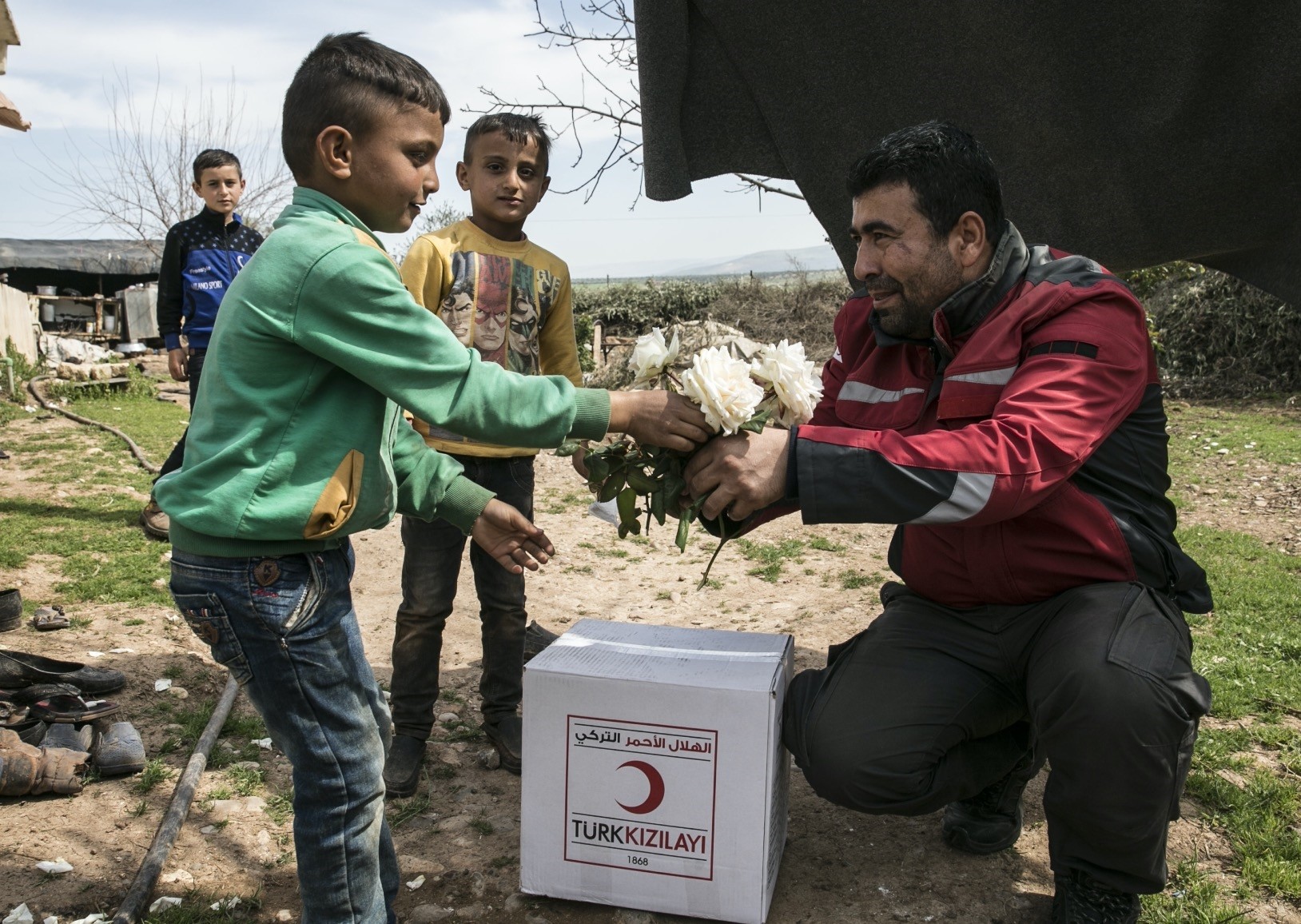 In the aftermath of the liberation of Afrin, Syria from YPG terrorists, Turkey plans to open a new border crossing with Syria in its southern province of Hatay to quicken the flow of aid to help the city's residents and the displaced returning to the area

Having wrapped up Operation Olive Branch last month, Turkey is now looking to boost its humanitarian presence in Afrin, cleared of terrorist groups linked to the PKK by the Turkey-backed Free Syrian Army (FSA). Turkish media reported that a border crossing, which will be named after the operation, will be set up in Hatay, a southern Turkish province bordering the town. The main purpose of this second main crossing between Hatay and Syria will be to ensure a faster transfer of humanitarian aid.

The crossing is to be built in Hatay's Kumlu district on a route with less elevation and better geographic conditions for faster transportation of goods. The Hamam village, where the crossing will be located, is near the district of Jandaris in Afrin.

Turkey's NTV reported that construction of the crossing will be complete in two months and depending on security situation in war-torn Syria, will also be used as a commercial route to Syria's Aleppo as it will be located in the nearest location for direct access to the Syrian city.

Official border crossings were closed in 2015, barring exceptions in cases such as serious injuries, to prevent a spillover of the conflict and to stem the flood of refugees. Turkey has also been building a wall along the border to curb the cross-border movement of terrorists. Cilvegözü in Hatay and Öncüpınar in Kilis province are occasionally opened so displaced Syrians can return to their hometowns where safety has been restored.

Turkey shares a lengthy border with Syria, where the lingering conflict left Turkish borders vulnerable to attacks. As the People's Protection Units (YPG), a group linked to the terrorist group PKK active in Turkey, grew in strength in Syria's north and threatened Turkey, Ankara took action in January by launching the operation to aid the FSA to take over Afrin, a stronghold of the YPG.

Following the operation, the Turkish Red Crescent provided humanitarian aid and food to the people of Afrin and vowed to meet the needs of every single person in the region while working hard to restore hospitals and water services back to normal.

Turkey, which hosts the largest Syrian refugee community at more than 3.5 million people, also spearheads humanitarian action in the international community for the millions of internally displaced.

After a trilateral summit in the capital Ankara with leaders of Russia and Iran on Wednesday, President Recep Tayyip Erdoğan said Turkey worked "both to provide security and make the region more livable for Syrian brothers and sisters, the real owners of those lands." "We cleared an area of 4,000 square kilometers from the YPG and Daesh [in Olive Branch and the 2016 Euphrates Shield operation against Daesh in Syria]," Erdoğan said. The president said some 160,000 displaced Syrians have already returned to Jarablus and al-Bab, liberated in the 2016 operation, and hundreds of thousands of others are expected to return to Afrin after it is cleared of hidden explosives planted by the YPG and improvements are in infrastructure.

Speaking to Anadolu Agency (AA) last week, Kerem Kınık, president of the Turkish Red Crescent, said they were preparing a "a large humanitarian aid convoy" for Afrin which sees a rise in returns of Syrians both from Turkey and relatively safer areas in northern Syria. Kınık says other Turkish charities also mobilized to deliver humanitarian aid to Afrin and have already reached out to 40,000 in need of aid in the Syrian town. "We are primarily focused on health services and work in coordination with the Turkish Ministry of Health on the operation of hospitals in Afrin." Kınık says apart from mobile kitchens offering warm food, they deliver food packages to villages and help patients' transfer to hospitals. He added they will also supply medical staff to the town.