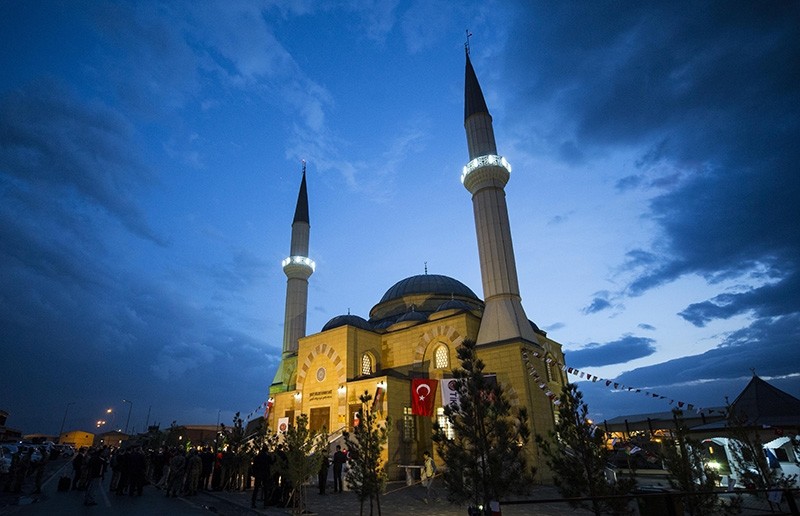 A mosque named after the first martyr of the July 15 defeated coup in Turkey has been inaugurated by Prime Minister Binali Yıldırım in capital Kabul.

The prime minister on Sunday inaugurated the mosque built by Turkish Cooperation and Coordination Agency (TIKA); it has been named after senior Master Sgt. Bülent Aydın, who was killed by Gülenist Terror Group (FETÖ) putschist soldiers during the coup attempt.

"We're so glad that Afghan-Turk friendship is not limited to security, but it also increasingly continues in the fields of education, defense, trade, substructure and other fields of life," Yildirim said during his speech at the event.

The mosque would serve Muslim soldiers at the Hamid Karzai International Airport, which until recently hosted only a church at the command post where 4,500 soldiers from 28 different NATO countries remain stationed.

The mosque, which has a capacity for 500 people, reflects Turkish architecture.

Yıldırım was in Kabul on Sunday for a day-long visit.

After visiting the command post at Hamid Karzai International Airport, he returned to Turkey.