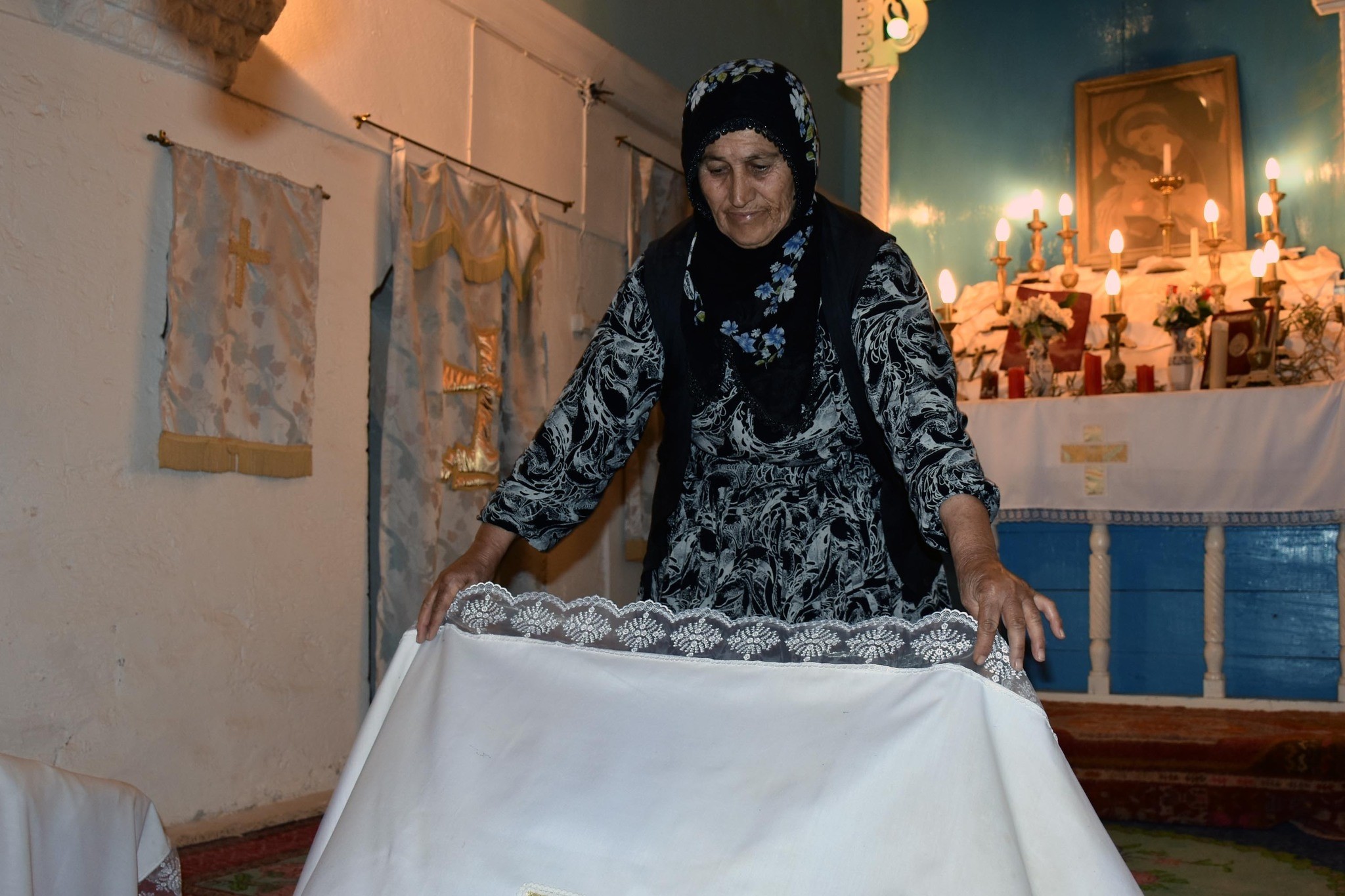 Adhering to Islam, a religion that holds caring for needy neighbors in high regard, Hatun Çaçur tirelessly works to keep an ancient Armenian church next door in good condition.

An 80-year-old mother of eight, Çaçur refuses to hand over the daily cleaning and maintenance of Surp Kevork church, which dates back to the 17th century.

The church in Derik, a district of the southeastern city of Mardin known for its multi-faith population, fell into disrepair after the last remaining members of the Armenian community left in the 1980s. Before the Muslim woman volunteered to take care of the church built on 1,500 square meters, an elderly couple, the only Armenians left in the district, were tasked with its upkeep. "Yurşalin and her husband Naif used to clean it and keep it tidy, but now they are ill and cannot leave home as much. I didn't want this place to be abandoned to its fate," Çaçur said.

"I do it for Allah's blessing. It is a good deed after all. I am here every day," she said. Apart from simple cleaning, she occasionally works in the church's courtyard, trimming underbrush, watering flowers and caring for trees. Çaçur suffers from illnesses due to old age and has lived alone since her husband's death but refuses to leave the premises unattended.

Turkey's Armenian community numbers around 60,000 and has 33 churches across Turkey. However, most churches do not have congregations, especially those in the Anatolian heartland and cities far from Istanbul, the city with the highest Armenian population. The minority, resettled outside modern-day Turkey during World War I, considerably shrunk in the ensuing decades.