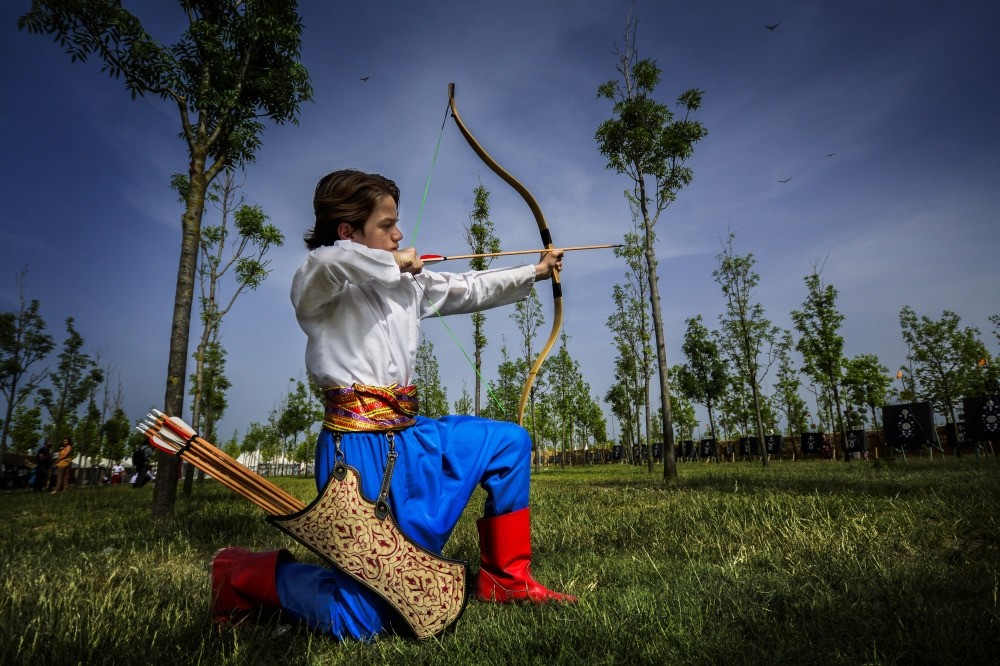 Istanbul will host the third edition of the Ethnosports Culture Festival on May 9-13, a celebration of traditional ancient sports.

A concept devised by the World Ethnosports Confederation, the festival mainly focuses on culture and sports of Turkic countries in Central Asia that boast sports tracing their roots back thousands of years.

Bilal Erdoğan, head of the confederation, promoted the event at a press conference yesterday. "We want domestic, national sports of other countries, traditions of those countries to become more popular. One culture cannot be supreme to another and we have to give the value each culture deserves," he said.

The festival, which will be held at a square in Istanbul's Yenikapı, will host 883 athletes from around the world who will compete in 11 sport events. It will also host horseback acrobacy stunts. On the cultural side of the event, the festival will be home to stalls in the form of large Turkic yurts, each housing samples from cuisine and handicrafts of countries participating in the event, as well as re-enactment of customs and celebrations peculiar to each country. Featured events include mounted archery, horseback riding, oil wrestling, other traditional Turkic and Central Asian sports and folk music concerts.