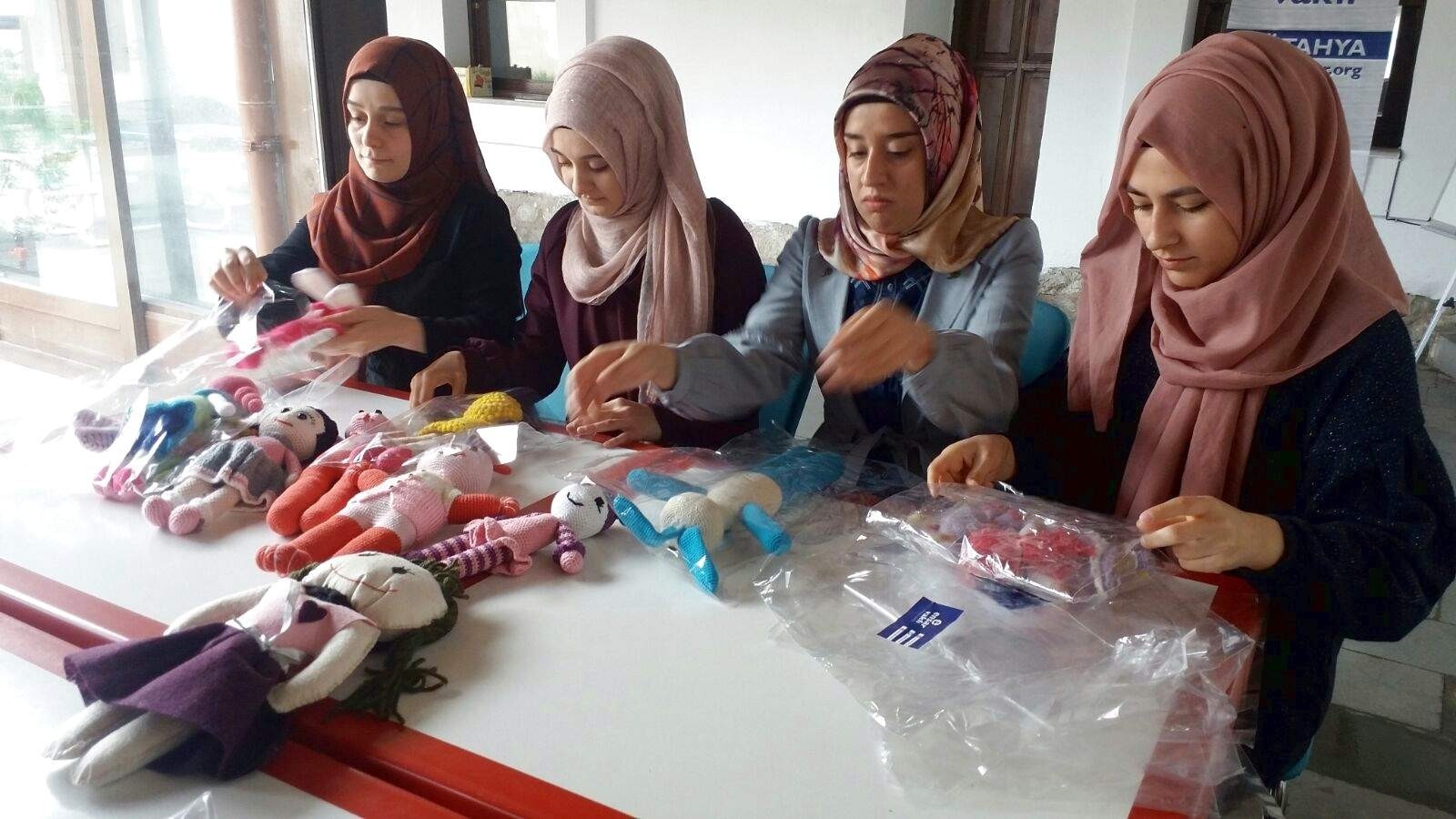 Volunteers package knitted dolls at the Ku00fctahya branch of the Ensar Foundation.
by Daily Sabah Apr 18, 2018 12:00 am

Children and youth make up the majority of the millions of Syrian refugees who took shelter in Turkey. Robbed of their childhood, traumatized children have few things to play with, save for toys sent by charities. Now, a Turkish charity is seeking to address this problem with a new project.

Labor to Make Them Smile by Ensar Foundation involves volunteers knitting dolls for children in refugee camps in Turkey. Volunteers at the foundation's youth branches around the country spend hours knitting organic dolls for young refugees. The dolls will be delivered to children on April 23, a Turkish holiday marked as Children's Day. 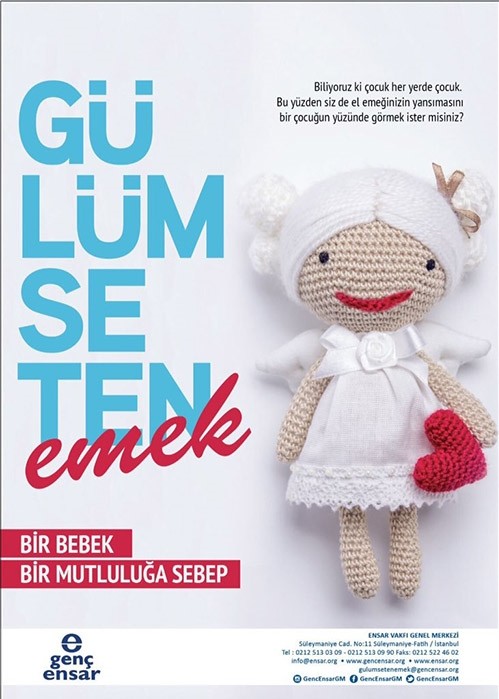 Ceyda Merdan, head of the foundation's women's branch, says they both seek to promote volunteer work among Turkish youth and help refugee children integrate socially and recover from war-induced trauma.

Since 2011, Turkey has received a constant flow of displaced Syrians fleeing the conflict and their numbers have expanded from mere thousands to millions. The number of Syrian refugees in Turkey currently stands at more than 3.5 million. 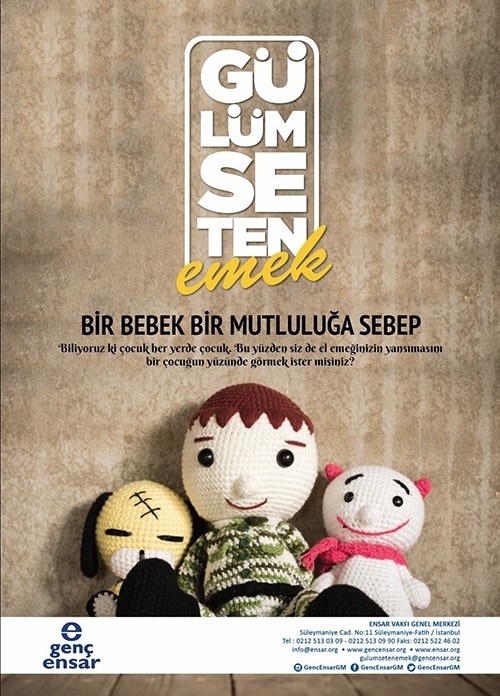 Children are naturally the most vulnerable members of the large refugee community, only a small fraction of its members live in modern camps set up on Turkey's border with Syria. Turkey offers psychological and social support at the camps while charities and the ministries strive to reach out to children living outside camps through support programs. Education is a main concern and the country had more than 610,000 Syrian children enrolled at schools so far.