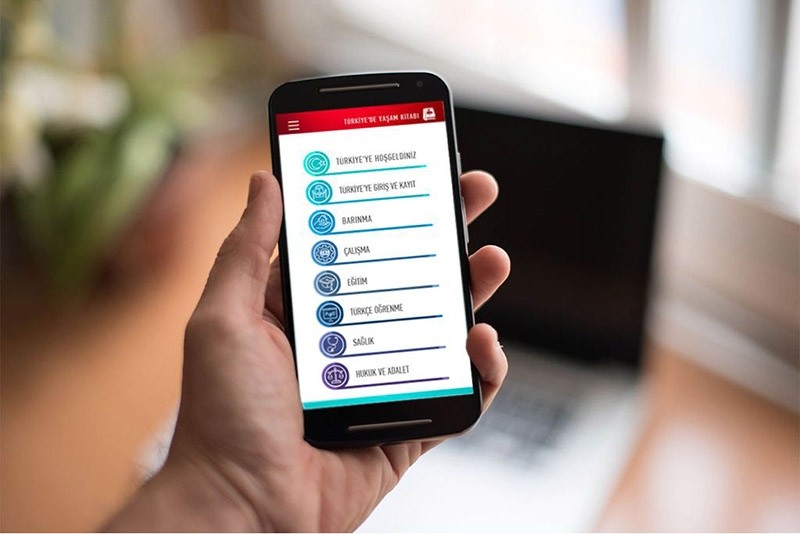 The Directorate General of Migration Management has launched a new mobile application aimed at giving detailed information on residency and visa procedures and international and temporary protection rights to Turkey's immigrant population.

The application, which was developed for Turkey's foreign residents and those who intend to migrate to the country, can be downloaded from the Google Play Store and is currently only available for Android users.

"Thanks to our new app, foreigners will be able to learn about their rights and obligations," Abdullah Ayaz, the general director of the immigration authority, said.

Shaped in line with the structure of Turkey's immigrant population, the app will serve in six different languages, including Turkish, Arabic, English, Russian, Farsi and German.

The application was developed in coordination with the directorate's live support hotline YIMER 157, which has been in use since 2013.

YIMER 157 provides live support on the issues of migration, legal status and residency.

The Directorate General of Migration Management also previously launched an informative online platform and provided all applicants with detailed leaflets about Turkey and its legal practices.