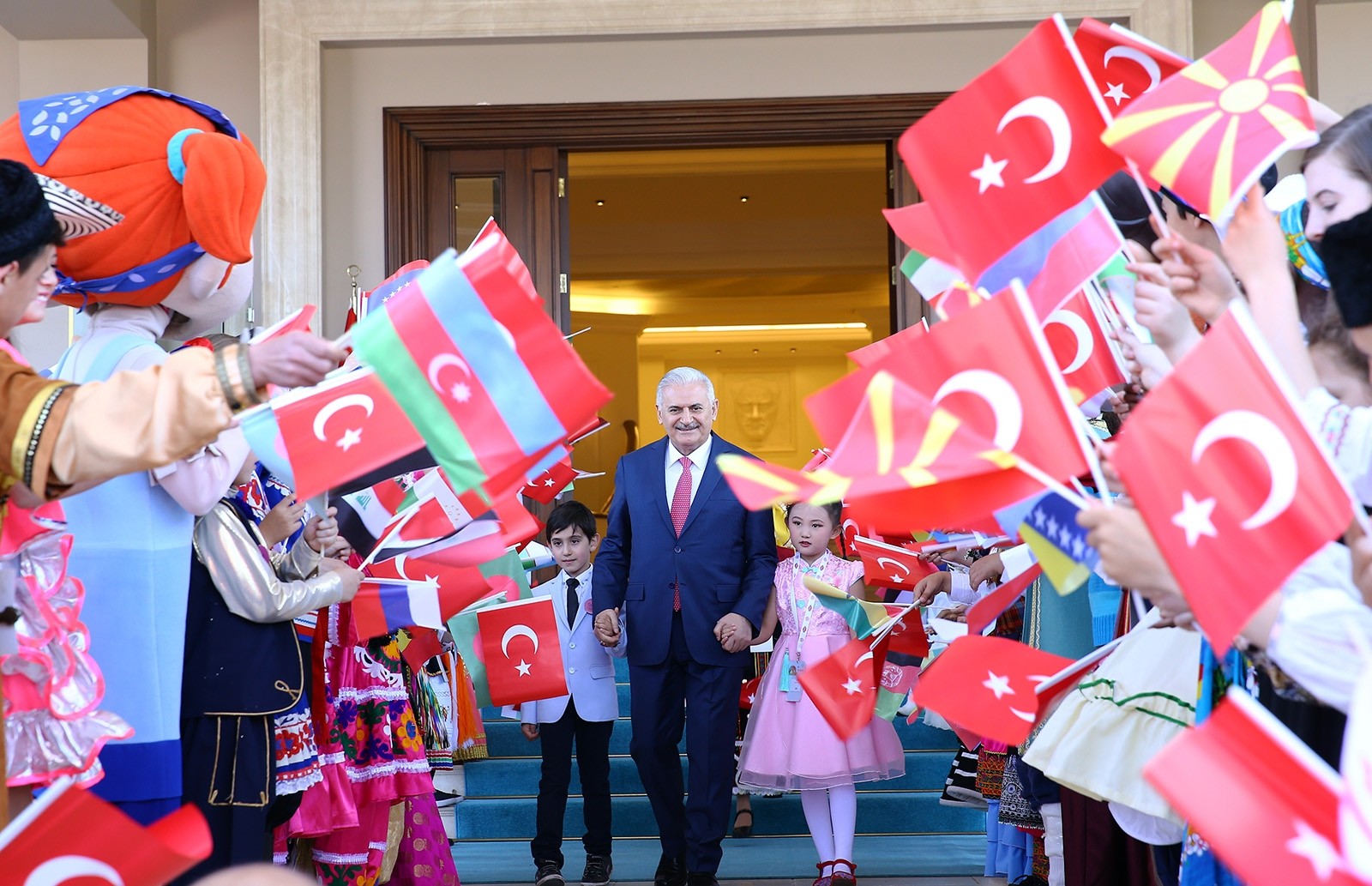 Turkey marked National Sovereignty and Children’s Day, a unique occasion where the country’s leaders hand over their seats to children for the day and nationwide celebrations are held

Turkey on Monday celebrated the National Sovereignty and Children's Day as well as the 98th anniversary of the foundation of the parliament.

In the morning, top government officials and politicians attended a ceremony held at Anıtkabir, the mausoleum of Mustafa Kemal Atatürk, the founder of the Turkish Republic, including Parliament Speaker Ismail Kahraman, Prime Minister Binali Yıldırım, and other dignitaries.

In remarks in the mausoleum's memorial guestbook, Kahraman wrote: "The Turkish Grand National Assembly [parliament], which you [Atatürk] presided over for the first time, continues its duty with great faith and dedication."

"Turkey will develop further and will always move forward," Kahraman added. "We commemorate you with these feelings."

The special day in Turkey is marked by a festival for children, and public offices, schools, and the private sector also hold programs.

After concerts and dance performances in the main venue of the festival, the western city of Bursa, children were invited to the presidential complex in the capital Ankara for a convention attended by President Recep Tayyip Erdoğan.

Hours before, Erdoğan handed over his seat to a child and dutifully listened to the presidential orders of his temporary replacement. Donning a suit and tie, sixth-grader Fatih Mintaş took his place next to Erdoğan at the handover ceremony. "This is a seat you can't hold onto forever and today, I leave my post to President Fatih," Erdoğan said before the boy fielded questions from a phalanx of reporters. He was well-prepared though, answering the first question about what he would if he was elected president in upcoming elections. "My first responsibility would naturally be to serve my state," the 12 year old said without hesitation. On what his campaign promises would be for children, Mintaş said he pledged "an education that would make them qualified." He also said he would "work for Syrian refugees," a hot topic in the country where more than 3 million people from war-torn Syria have taken shelter. "I would work to make Syrian children feel at home and invite them to play and smile with us," the young would-be president said.

Reporters also asked him about his views on the violence after a recent football match between Fenerbahçe and Beşiktaş was overshadowed by an attack on Beşiktaş coach Şenol Güneş on the field. "This was bad. I would work toward zero violence. People should respect each other at matches. I would take measures [to prevent violence]," he told reporters.

Making a brief speech at the meeting with Erdoğan, the one-day president adopted a more serious tone and said that as children they "learned to be protective of our country and flag, loving others and being hardworking, honest people from our teachers and parents." "We will carry this flag as the adults of tomorrow higher and will be worthy of the trust and value you place on us," he said.

Elsewhere, 11-year-old Esma Didesu Taşyürek became the last "child prime minister" when she took the seat of Binali Yıldırım whose office will be dissolved once Turkey switches to the presidential system after the upcoming election. On how she feels about being the last prime minister, the girl gave a rather political answer: "The nation is making the right choice." Taşyürek also asked the government to "listen to the views of children on how education should be."

In his message marking the day, Interior Minister Süleyman Soylu said that reaching a happier and safer future is the only aim of Turkey's parliament both past and present.

Dedicating this important date to children and celebrating the "birthday of this parliament" with children is something else that sets Turkey's parliament apart from the rest of the world, Soylu added.

The Turkish General Staff celebrated the occasion with a special poster featuring the photos of children of martyred Turkish soldiers.

On Monday, on its Turkish homepage, Google featured a special doodle spelling out its name with a children's band marching, the Turkish flag leading the way.

The April 23 celebrations focus on children after Atatürk, the first speaker of the parliament, dedicated the day to children as the nation's future.

The Grand National Assembly or parliament met for the first time in 1920 in Ankara, the country's future capital, during the War of Independence to lay the foundations for an independent, secular and modern republic.