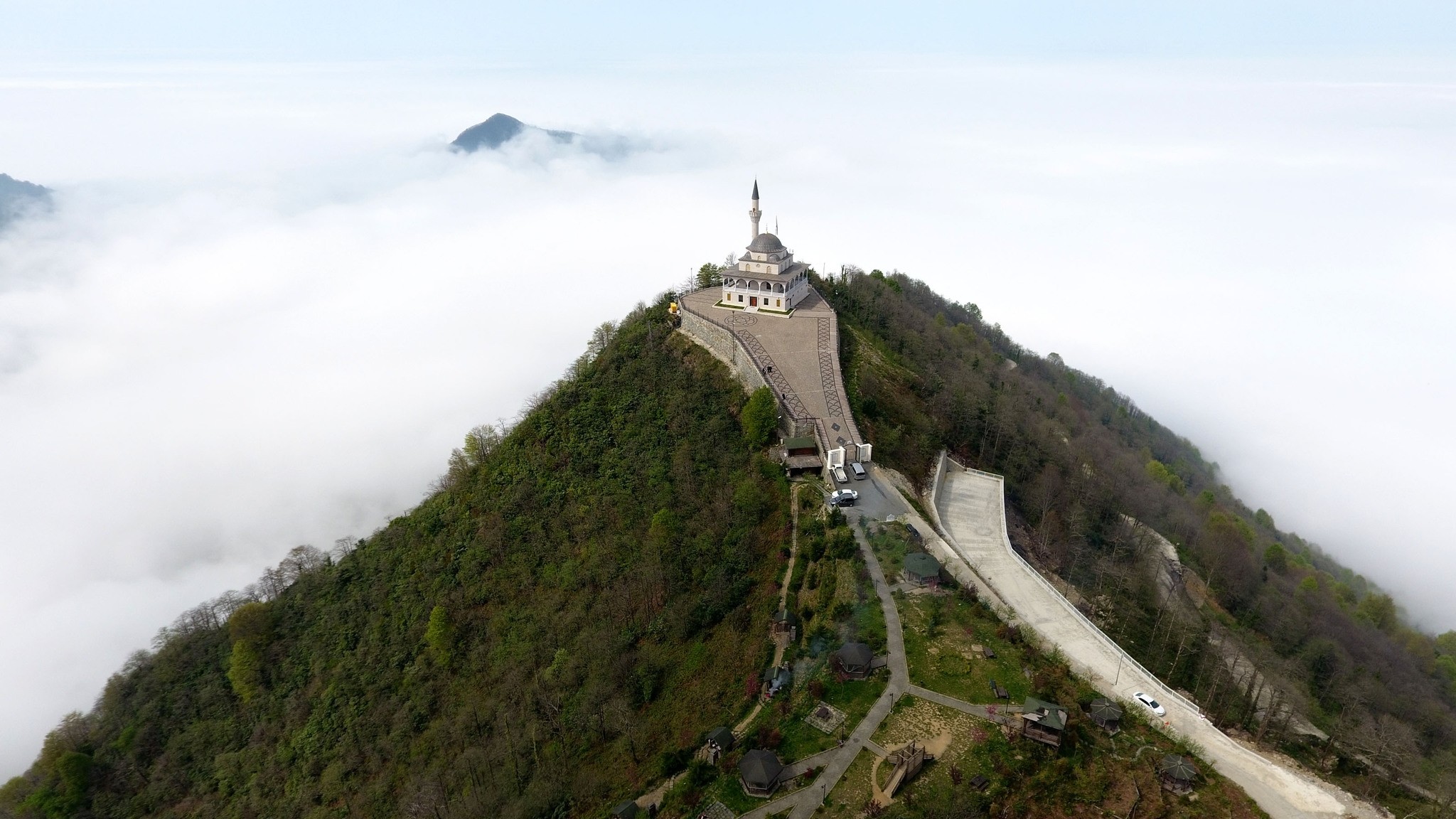 Two years after its inauguration, a mosque at the top of a mountain in the Black Sea, remains a major attraction for the faithful and curious tourists. What distinguishes the small Hacı Yusuf Yılmaz mosque in Kıbledağı Mountain in the province of Rize from others in the region is its breath-taking view of lush forests, which also gives an opportunity to photography enthusiasts looking to take a snapshot of the "mosque between the clouds." The mosque at a height of 1,160 meters can be accessed through a pathway renovated during the construction of the mosque and is surrounded by promenades and walkways popular, especially among Arab tourists whose interest in the lush Black Sea region has picked up in recent years.

The mosque in Rize's Güneysu, the hometown of President Recep Tayyip Erdoğan, was originally built in the 19th century as a simple wooden mosque and was later replaced by a concrete structure.

Local authorities took up the task to revive interest in the area by planting more trees in the area before the reconstruction of the mosque in the model of a famous mosque in Istanbul's Üsküdar district.

Built on a space of 275 square meters, the mosque has a capacity for 200 people. The mosque's imam, Müstekim Karali, says it is especially popular among visitors from Muslim countries, from Saudi Arabia to Malaysia.

Turkish and foreign tourists opt to drive to the area and spend the day in excursion spots around the mosque.