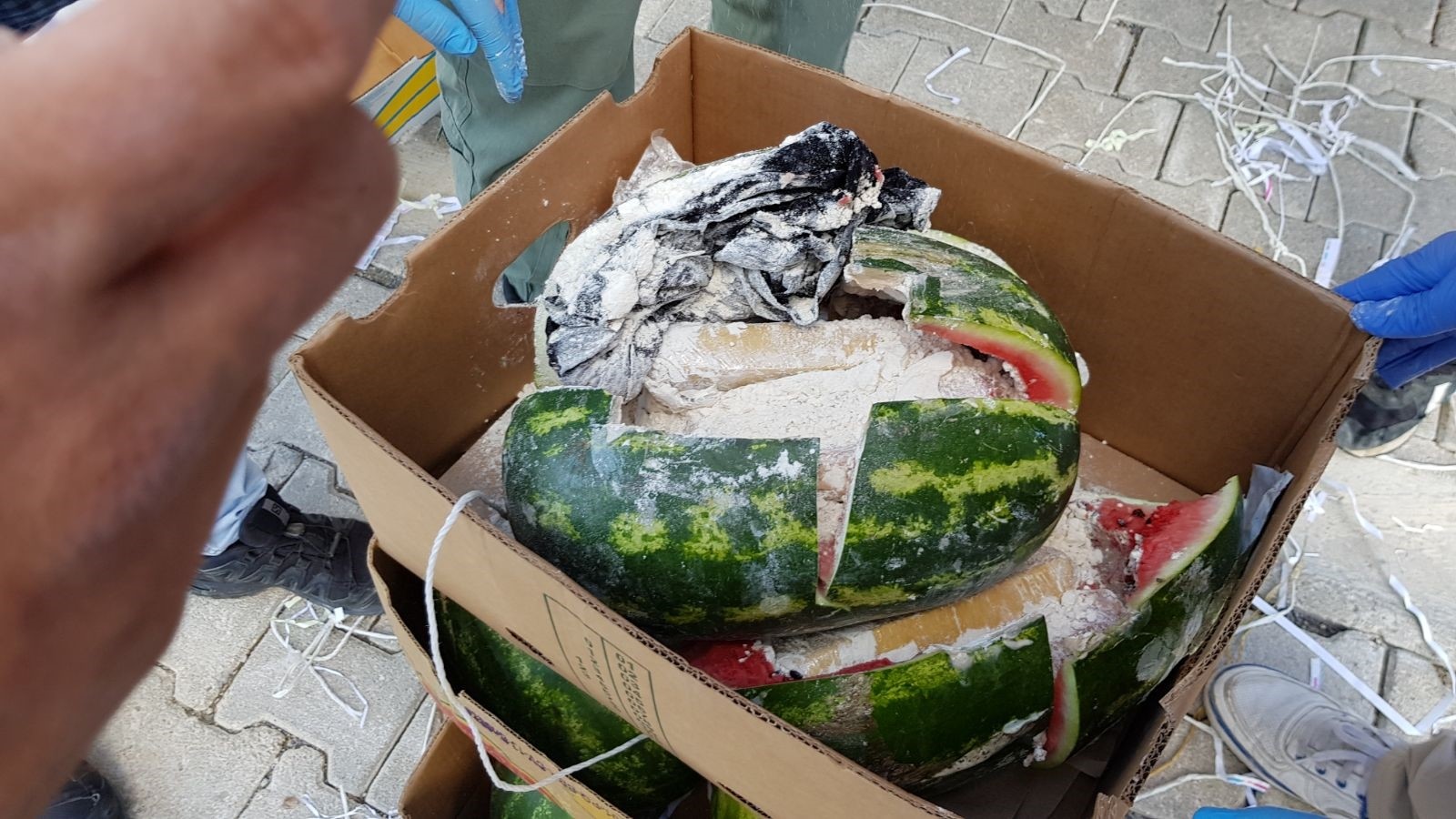 Turkish police seized 65 kilos (143 pounds) of heroin hidden inside watermelons and detained two suspects in the eastern province of Van near the border with Iran, officials said Tuesday.

The drug, with an estimated street value of $1.7 million, was discovered in Van's Gevaş district inside watermelons with the help of a drug-sniffing dog. The heroin was hidden in 126 small packages stuffed inside watermelons.

Suspects tried to cover up knife cuts with tape after carving up watermelons, police said.

Van province lies on the so-called Balkan route, from Afghanistan to Western and Central Europe via Iran and Turkey. According to the Van Police Department, more than one ton of heroin was seized during anti-drug operations in the first five months of 2018.

According to a U.N. report on drugs, the role of Turkey as a transit country has been on the decline over that time period due to the success of law enforcement and a decline in demand in the destination market.