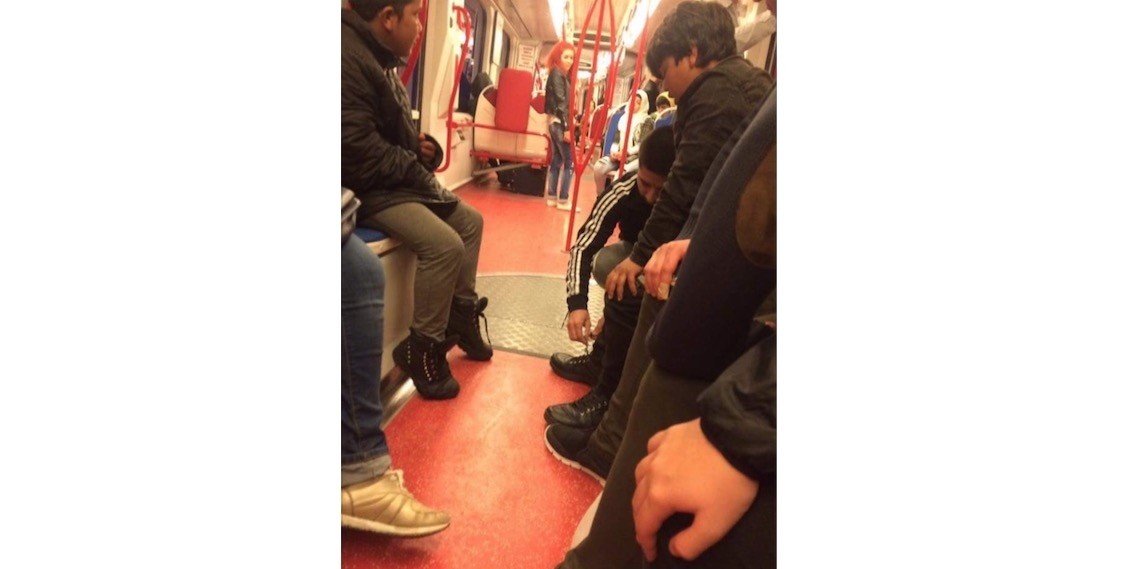 Photos of a man shared by social media users as he gives the shoes he is wearing to a barefooted boy inside a tram went viral on social media yesterday, drawing praise.

The unidentified young man is seen fastening the laces of the shoes after the young boy wears them. He then leaves with only socks on his feet.

Photos were taken in a tram in Samsun, a Black Sea city, and the company operating the tram is searching for the man and the boy, to thank the man and help the boy.

Emre Enes Köse, the high school student who shared photos of the man and the boy, told Anadolu Agency (AA) that commuters became "emotional" when the man gave the boy his shoes. Köse said everyone was staring at two boys "probably Syrians" when they got on the tram with one of them barefooted. "The boys were about 10 or 11. People were looking when this man came. He took off his shoes and gave it to the boy without shoes. The boy did not want them but he insisted. It was raining outside but the man gave away his shoes anyway," Köse said, adding that it was "a beautiful moment.