Man who gifted own shoes to barefoot boy: I'd do it again 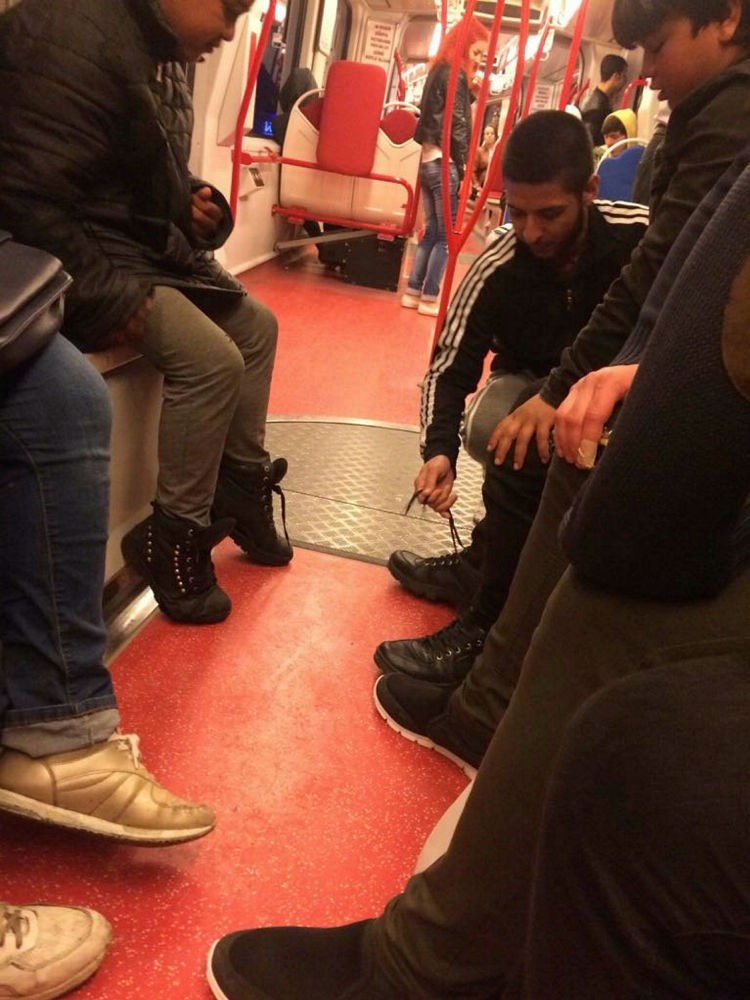 A man whose photos showing giving his own shoes to a barefoot boy in a tram went viral and won hearts, turned out to be 21-year-old Iraqi migrant Muhammad al-Samaraie.

Al-Samaraie was traveling by tram in the Black Sea city of Samsun when he spotted a young boy, believed to be a Syrian refugee, standing barefoot. Amid puzzled looks of fellow commuters, he took off his own shoes and gave them to the boy, getting off his stop with socks only, into a rainy night.

"I will do it again if I see a boy without shoe," al-Samaraie told İhlas News Agency as tram company and locals try to locate the boy who received shoes to help him.

Al-Samaraie who works at a furniture store, migrated to Turkey four years ago with his parents from Iraq.

"He didn't want to take them at first but I insisted. I told him that my house was nearby and I could walk without shoes," he said about his encounter with the boy.

"I can't stand seeing children without shoes or without a coat on a cold day," al-Samaraie said.

He added that he did not know that his images went viral and only found out about it when someone approached him to take photos while he was having breakfast in a cafe.

"I asked why he wanted to take photo and he told me to check the newspaper. Only then, I saw my face in all the newspapers," he said.