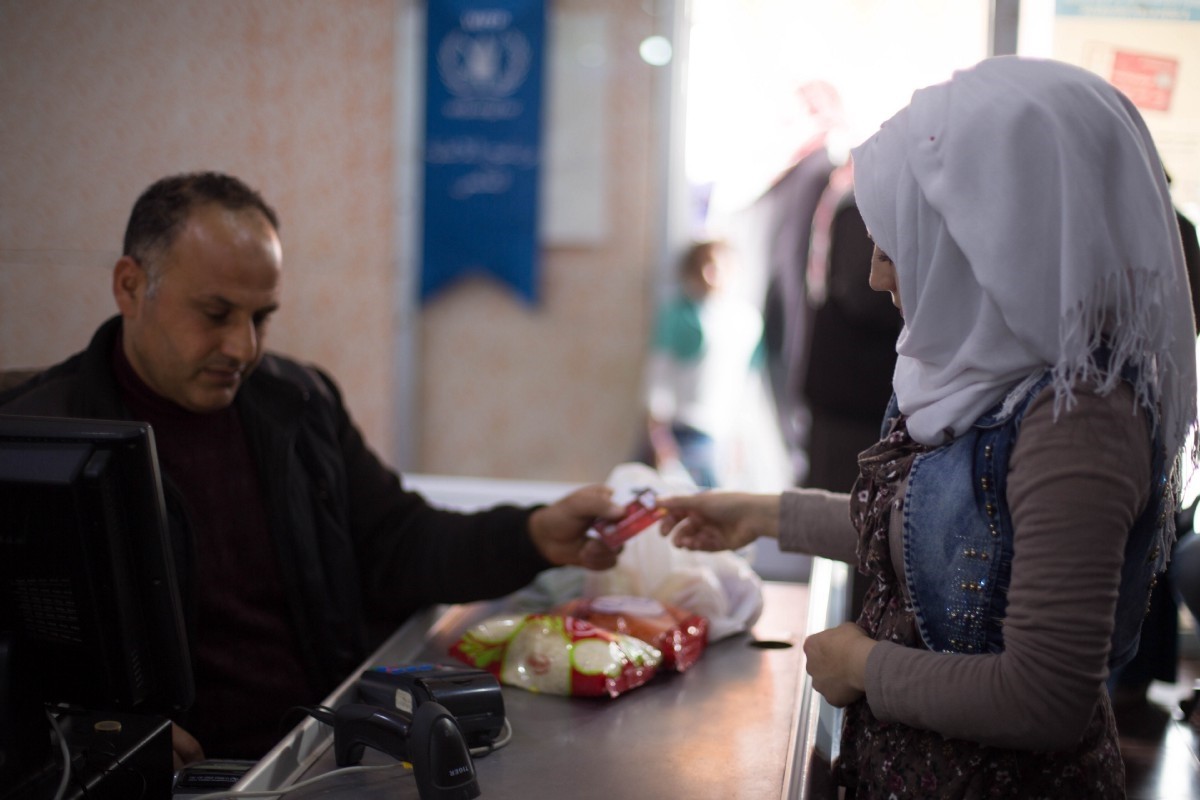 "The ESSN, which is the largest humanitarian multi-purpose cash program globally, is one of the projects we have carried out for refugees in Turkey in partnership with the World Food Program or WFP," Kınık said.

Launched in late 2016 as part of the ESSN humanitarian assistance program, the Kızılay Card is a special debit card for refugees registered by the regional migration office directorate. Under the program, each refugee is given TL 120 ($28) a month, and they can withdraw money from state lender Halkbank's ATMs.

According to Kınık, to date, over 1.3 million people and 223,000 households have benefited from the Kızılay card, but they hope to go higher. "Our initial target was to reach 1.3 million, and we've already achieved it; now the new targeted number of beneficiaries is 1.5 million," he said. He said that the program is to be implemented through the end of January 2019, but talks to extend it for two more years are ongoing in Brussels. "This is a success story. We are working to systematize this success story and make it widespread across the world," he said.

According to U.N. figures, Turkey currently hosts the highest number of refugees in the world: some 3.9 million people, including 3.5 million Syrians. Syria has been locked in a devastating conflict since early 2011 when the regime cracked down on demonstrators with unexpected ferocity. While 230,000 refugees live in camps located in the southeast, the majority live in cities and towns across the country.

Turkey has so far spent more than $30 billion on the well-being of this displaced population. Ankara has often criticized the international community for not providing sufficient humanitarian aid for the refugees in Turkey and not taking in more refugees.

Hadi also hailed the WFP's partnership with the Turkish Red Crescent and the Turkish government. "Thanks to this strong relationship and partnership, now we have a very successful project in Turkey. We've reached our goals, but we're actually going beyond them," he said.

Since 2012, the WFP has injected $720 million into the Turkish economy through cash-based transfers, including $130 million in the first quarter of this year, the U.N. body says. Hadi said the project improved the living conditions of Syrian refugees in Turkey. "They are no longer in debt as they were before. Their food consumption is greatly improving. Children are going to school. They are no longer in poverty as they were before. This is why we're proud," he said.

Hadi said the WFP had learned a lot from the Turkish Red Crescent partnership. "And that's why we're trying to take those lessons learned from Turkey and try to apply them in other places, not only in the region but in places around the world." According to Hadi, the WFP hopes to continue and expand the project. "If we can, that will be after discussion again with our partners the Turkish Red Crescent, to see how we can explore and expand assisting the Syrian refugees." "No matter what you give a refugee, it's not enough. They want to go back home," said Hadi. "But until the refugees go back home, Turkey will support them, that is something to be appreciated."