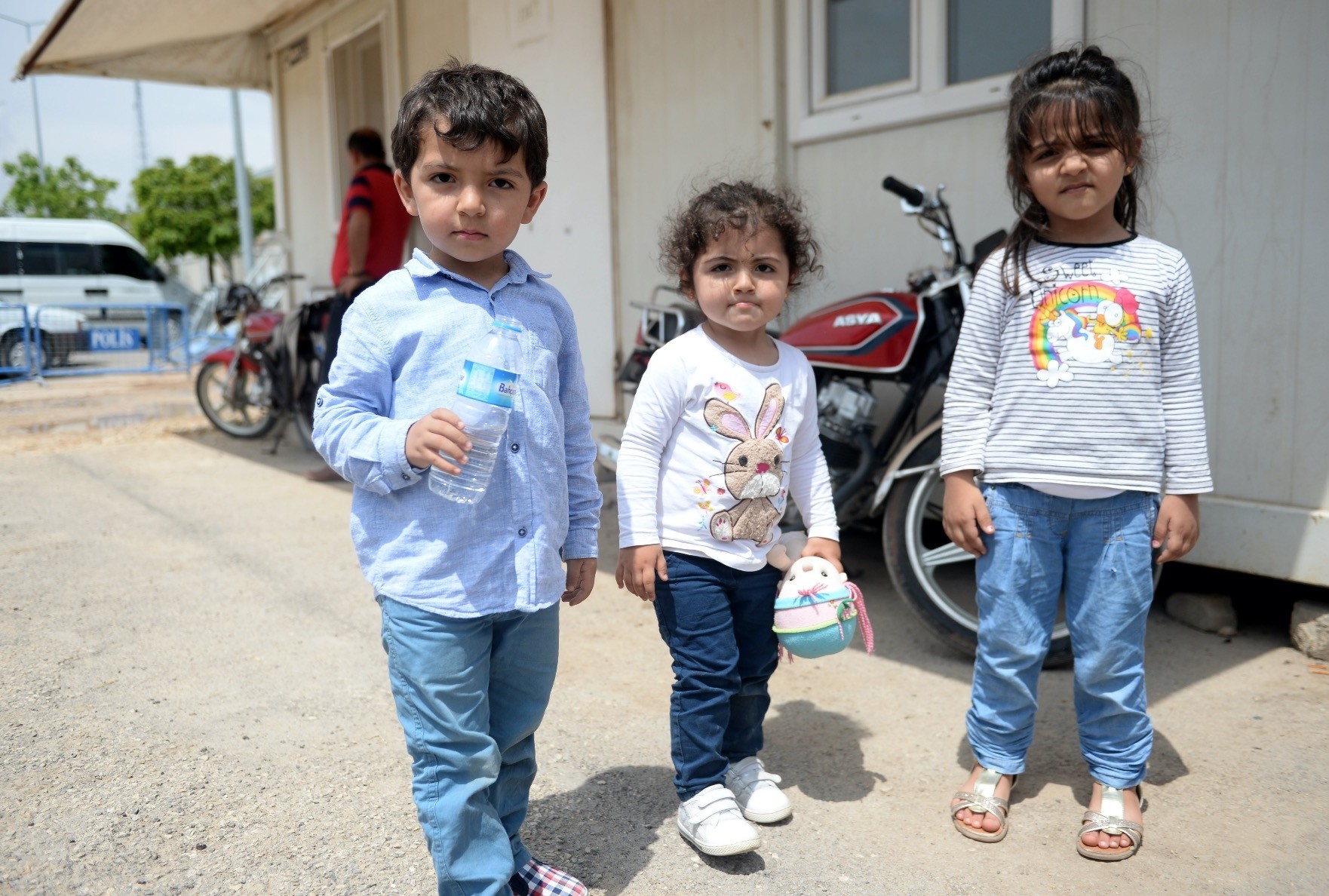 Syrian children at u00d6ncu00fcpu0131nar border crossing between Syria and Turkey before travelling to their homeland with their families. Turkey is home to the worldu2019s largest Syrian refugee community.
by Daily Sabah May 15, 2018 12:00 am

Latest statistics show that Turkey is now home to 276,158 Syrians born between the year the conflict broke out in their homeland and over the ensuing six years after their families fled the destruction and death

A new generation of Syrians are thriving in Turkey, far yet so close to a conflict that wreaked havoc on their homeland. Figures by Turkey's Public Auditing Agency (KDK) show that a total of 276,158 Syrians were born to refugee families in Turkey between 2011 - the year the war broke out - and 2017.

Turkey is home to more than 3.5 million refugees from Syria, the largest Syrian refugee community in the world. As it grapples the influx of displaced, the country strives to offer exemplary care for the refugees, covering all their needs with a humanitarian expenditure that has reached to more than $30 billion.

KDK figures show that health services for Syrians, launched in April 2011, the month when the first group of the displaced arrived via the border city of Hatay, has reached millions since then. Syrians are provided access to all hospitals and the country also set up special clinics catering to refugees. The Disaster and Emergency Management Authority (AFAD) that oversees the services for refugees, covers all the health expenditures for Syrians. Refugees in modern camps set up in border cities that host a small fraction of the total Syrian population also benefit from clinics set up there.

In 19 cities, 200 "migrant health" clinics provide services for patients. From 2011 to 2017, more than 1.3 million Syrian patients benefited from inpatient treatment and another 1.1 million underwent surgery for their illnesses and injuries in the Turkish hospitals. Turkey also provided 3.2 million vaccinations for Syrian infants and children.

Children make up a substantial portion of the refugee population that fled their devastated country for Turkey, Lebanon and Jordan and are among the most vulnerable. Education is a main concern, as displacement forces them to drop out of school, while the scars of the war that killed hundreds of thousands will likely remain with them for the rest of their lives. Turkey provides psychiatric counselling services and education for children in refugee camps. More than 610,000 Syrian refugee children attend schools outside and inside the refugee camps, while 225,000 Syrians are enrolled in vocational training courses. A recent survey by the Women and Democracy Association (KADEM) shows more than half of the women say they wanted their children to live in Syria in the future, while the majority says they are satisfied with the education opportunities for their children in Turkey.

On the other hand, some 60 percent of Syrian refugee children suffer from psychiatric illnesses resulting from trauma and anxiety, another survey on children's mental health shows and its authors urge authorities to train more healthcare staff specialized in psychiatry to handle the matter.